Packers’ Aaron Rodgers not a fan of joint practices 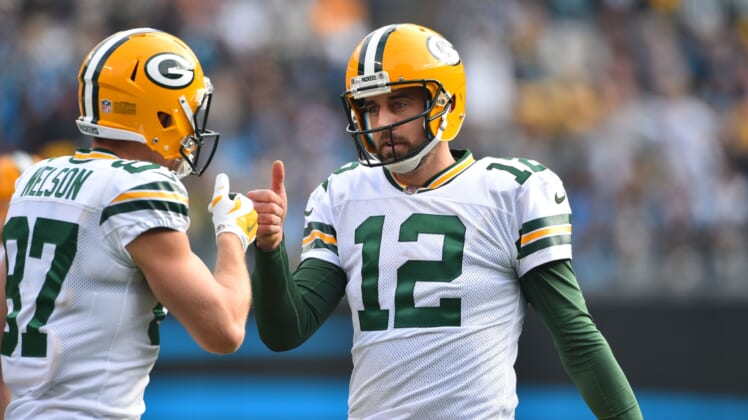 the Houston Texans and Green Bay Packers got into a major scuffle during joint practice on Monday when Texans rookie defensive back Lonnie Johnson Jr. laid into Packers rookie tight end Jace Sternberger.

It led to a major fight breaking out between the two squads. For his part, Johnson was injured one day after the fight in another joint practice with Green Bay.

Apparently this is something Aaron Rodgers would rather not see. In talking about said joint practices, the former NFL MVP noted that he’d prefer they didn’t take place.

Rodgers isn’t mincing words here. While joint practices can be fun for fans, they do lead to some major problems on the field. It’s something we’ve seen numerous times over the past several seasons.

The Texans and Packers will do battle Thursday evening in Green Bay. Expect some fireworks between the two teams.