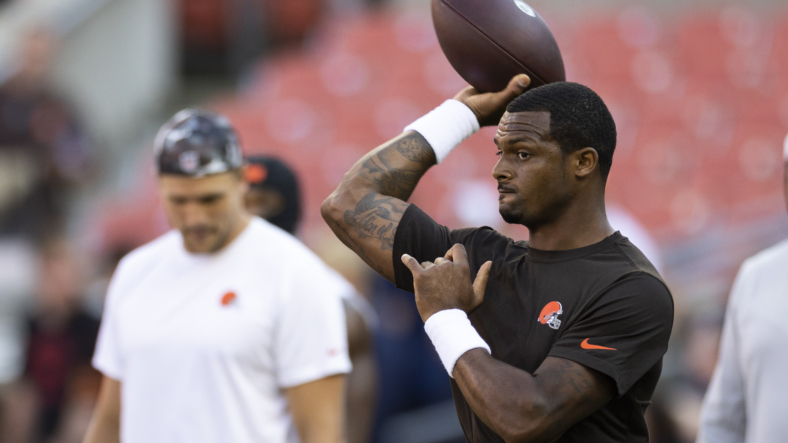 The Deshaun Watson saga is finally in the rearview after the Cleveland Browns quarterback received an 11-game suspension in addition to a $5 million fine, the largest fine for a player in NFL history.

But there was so much discussion and disagreement along the way. When the suspension appeal was underway, we heard of NFL commissioner Roger Goodell pulling for a full-season suspension for Watson, believing his behavior was worthy of a harsher penalty than he received.

Yet, that viewpoint wasn’t mutually shared with at least a few NFL team owners. According to one “prominent team executive”, multiple team owners preferred Watson to receive less than a full year’s suspension. Sounds a bit crazy on the surface?

There’s a reason for this madness.

When the Browns reached an agreement to trade for Watson from the Texans, it also included a five-year, fully guaranteed $230 million contract. This makes the suspension important, as if Watson were suspended for a full season, his contract would essentially toll for one season. In this case, with him suspended for part of the season, but not all, the Browns will have to pay their QB $40 million for just six regular season contests in 2022.

Had he been suspended for the year, Watson’s contract would have rolled over into 2023, meaning instead of being set to expire after 2026 like it’s currently slated to do, it would then expire after 2027.

Now the Browns have to pay Watson the full amount, yet are only getting partial production out of the most expensive salary on their roster. This appears to be how some owners preferred the situation to be handled, as they recommended to commissioner Goodell.

It may be a weird quirk, and still kind of doesn’t make sense, as the Browns still have the benefit of seeing their star quarterback late in the season, but by Week 13 when he makes his debut, it may already be too late to begin a push for the postseason. We’ll see how Jacoby Brissett manages the squad for 11 games in Watson’s absence.

Related: 12 highest-paid quarterbacks in the NFL