10 training camp stars who won’t live up to hype

It’s not how you start that matters in the NFL—it’s how you finish.

Over the course of OTAs and training camps, many players have generated quite the buzz about how well they have performed for their teams. While some guys will live up to or surpass expectations once the regular season starts, others are bound to disappoint.

The following are over-hyped players who will not live up to those vaunted expectations this year.

Thanks to a stellar college career, Gordon is expected to carry the Chargers run game to the next level this upcoming season. While some pundits have Gordon in the running to be awarded Offensive Rookie of the Year, he hasn’t yet developed one of the most critical aspects of the professional game at his position. Reports have come out that the rookie is having trouble with pass protection.

This is something that rookie backs commonly struggle with. If this remains the case as the season progresses, then the Chargers are likely going to rely on veteran running back Danny Woodhead on passing downs to avoid costly turnovers this season.

It’s also worth noting that Gordon totaled only 11 yards on six attempts in the limited amount of play he received in his first preseason game. He hesitated at the line of scrimmage and came to a complete stop more than once looking for his hole.

At this time, Gordon doesn’t appear to be a guaranteed every-down type of back in San Diego.

Harvin tends to receive rave reviews during training camp every year, but then it all goes to squat once the regular season gets underway. As of now, he is dazzling his new team and making some grand plays on the practice field.

Unfortunately for Harvin, his success depends largely on that of his quarterback, which doesn’t bode well for him this year in Buffalo. Heck, Harvin couldn’t succeed with Seattle Seahawks quarterback Russell Wilson, who is among the best young signal-callers in the game today.

Don’t buy the hype on Harvin—especially those of you looking for fantasy sleepers. He’s not worth the pick. 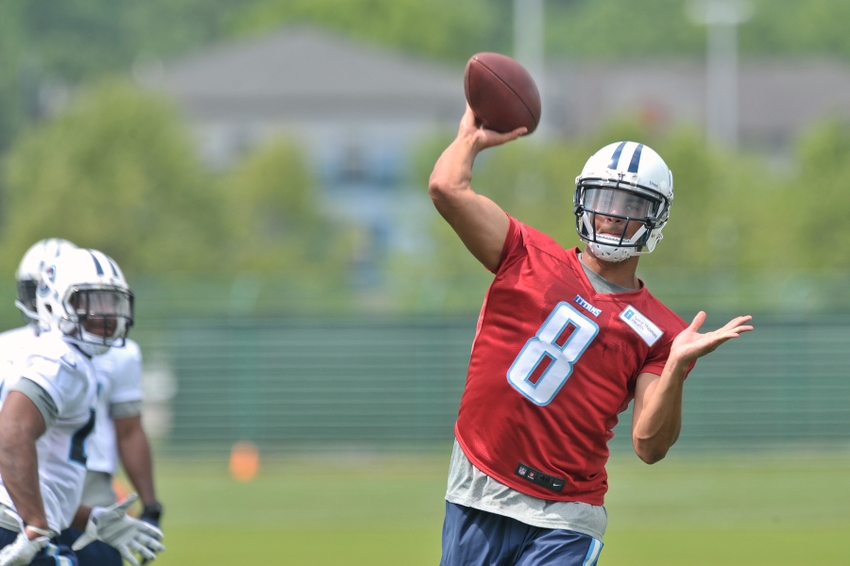 At one point, we were keeping track of how many days Mariota went in a row without throwing an interception in practice. It was six or seven days in a row, last we checked.

Mariota’s zero interceptions against his own team was impressive, but celebrating this achievement proved premature. His first preseason action was proof of this, as Mariota turned the ball over twice in a span of just a few plays.

How will Mariota perform when he starts meeting some of the NFL’s toughest defenses face to face such as the Miami Dolphins, Buffalo Bills and Houston Texans?

The rookie will certainly have his work cut out this year, and nobody should expect a smooth ride for him or the Titans.

Bush looks to be thriving with his new team and developing a connection with quarterback Colin Kaepernick.

“I think he can add a lot to our offense,” left tackle Joe Staley recently said of Bush (via 49ers.com).”

This is fabulous and all, but we must remember Bush is coming off a horrific 2014 season that resulted in his release by the Detroit Lions after he put up a paltry 297 rushing yards and two touchdowns in nine games.

Bush is also 30 years old and will soon be overshadowed by second-year running back Carlos Hyde this season.

Bush’s niche talent for pass-catching will be an asset this season. However, anyone expecting a huge comeback season from the former Heisman winner should take a step back—his ship sailed a couple of years ago.

Martin has been receiving rave reviews thus far in practices and training camp. He has dropped some weight, is healthy and looks primed to resume the No. 1 role he vacated nearly three years ago.

Martin even has the backing of his head coach, Lovie Smith (via sportingnews.com):

“Last year, none of us performed the way we needed to,” Smith said via Tampa Bay Times. “I just know Doug has been great through the offseason program. Seems like he is running hard out there right now. No complaints. Again, he, like the rest of us, plans on performing a lot better this year and he’ll get an opportunity to.”

What could possibly go wrong? Let’s just say it is hard to trust Martin after two failed seasons of disappointing performances intermingled with injuries. Anyone thinking that Martin will return to post numbers close to his 2012 rookie season, which consisted of 319 attempts for 1,454 yards and 11 touchdowns, would be expecting too much.

For what it’s worth, Cassel has been noted by the “clear front runner” over quarterbacks Tyrod Taylor and E.J. Manuel. It is reported that the starting job is Cassel’s “to lose.”

Something tells us that Cassel could definitely lose his job over the course of the regular season. He will eventually slip into his old patterns that saw him post a 30:34 touchdown-to-interception ratio over his past four seasons.

The Bills have most of their ducks lined up to be successful this year, but the quarterback position will be the area in huge deficit. It seems like a good bet that we will see at least three quarterbacks starting for the Bills at some point this season.

Things appear to be looking up for Crabtree in Oakland. However, we must keep in mind the struggling receiver had only one season in six while he played for San Francisco where he eclipsed the 1,000-plus yard mark. Now, he is working with a second-year quarterback in Carr who completed only 58.1 percent of his passes and managed only three wins in 2014.

There is a lot of hype that the combination of Crabtree and Carr is going to be magical this year. However, the Raiders rookie wideout Amari Cooper is bound to be in line to steal much of the attention away from Crabtree. Cooper is the one that is being talked up as the first Raiders receiver since Randy Moss in 2005 who might surpass 1,000 receiving yards this year.

There’s a reason that Crabtree remained a free agent much longer than many would have thought this past spring, and it won’t take long to remember why. 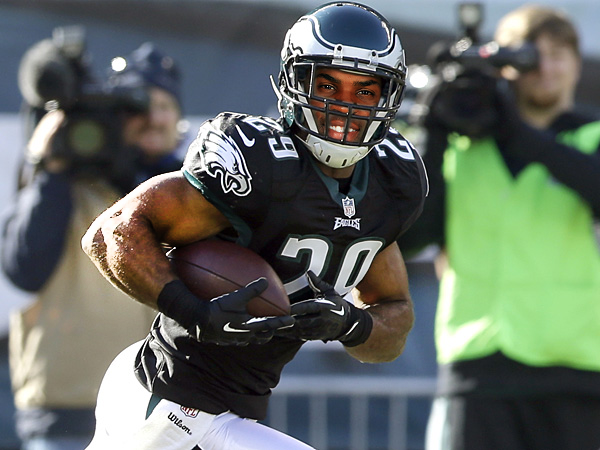 When Murray landed in Philadelphia it was assumed by all that he would have a chance to put up monster numbers in Chip Kelly’s run-heavy scheme. It seems silly to think that Murray isn’t a lock to enter the 2015 seasons as the clear-cut No. 1 rusher for the Eagles. However, based on some things we’ve seen thus far from camp, that might not be a reasonable assumption.

Murray is going to have some stiff competition in Ryan Mathews who is drawing quite the praise so far this summer. Mathews is versatile in both pass-catching and returns. In order to keep both backs healthy, Mathews will be seeing more touches than fans of Murray are expecting this season.

In fact, it would be a fair assumption Murray will not come close to topping 1,800 rushing yards again this season after he led the league in 2014.

#Chiefs QB Alex Smith on @jmac___19: Jeremy has been awesome and his play making and his speed jumps off the screen when you watch film.

Maclin has been playing superbly at training camp thus far, making some awesome plays like this one.

Although, we have to remember Maclin enters the season playing with the only starting NFL quarterback last year who did not complete one touchdown pass to any of his wide receivers. This is a scary and unfortunate stat that should haunt Smith and the Chiefs.

Maclin is bound to have better success than that of former wide receiver Dwayne Bowe. That said, his production will certainly take a tumble from last year’s outstanding numbers in the Chiefs run-heavy scheme.

Did we really hear Cowboys owner Jerry Jones speaking earlier this summer telling us that their run game will be better this year? Talk about hype. As it stands now, all of the viable Cowboys running backs including Joseph Randle, Lance Dunbar and veteran Cowboys newbie Darren McFadden are sidelined with injuries.

Eventually, they will likely be healthy—knock on wood for McFadden. However, the team wants to stick with a committee this year rather than spotlight one feature back. At this point in time, it is incredibly difficult to believe the combination of running backs currently assembled will top Murray’s 1,845 rushing yards and 13 ground scores from 2014—not to mention the 57 receptions for 416 yards he tallied through the air.

One wonders about exactly what was in the punch that Jones was drinking this summer.