Our Commitment to Excellence 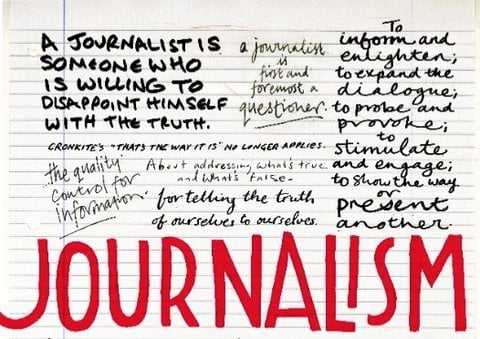 Las Vegas Raiders Report celebrates its one-year anniversary this month, and we’re not even close to reaching our vision of what we hope to accomplish.

The media landscape has changed dramatically in the past 20 years. Where newspapers, television and magazines once ruled the information world, technology has allowed upstart journalists and media creators to disrupt the entire industry, leading to more choices for the reader, viewer and listener. Democratization of the media has unearthed new ways for people to share and follow their passions.

With the ability to provide content in addition to the small, wealthy few, websites like ours are able to cover subject matter such as the NFL’s Oakland Raiders and their impending move to Las Vegas in a way that was unimaginable a generation ago. Starting Las Vegas Raiders Report was a return to journalism for me.

After graduating from UNLV with a degree in Communications (emphasis on journalism), I was only a “formal” newspaper reporter for a few years until the better-paying corporate world ripped me from that cocoon. Having worked at some of America’s top brands for the past 20-plus years, producing all forms of content (written, video, audio, social), I have been writing my entire career. After leaving the world of world championship boxing just under two years ago, I had been looking for a way to create and publish something focused in Las Vegas. The Raiders’ move here was the catalyst for founding the site and earning readers’ trust well in advance of their arrival in 2020.

While I have the utmost respect for the men and women who run fan sites across Raider Nation, that is not what I wanted to do. I wanted to create an independent news source where both Las Vegas fans could read about their future team (and stadium) and learn more about the organization that will soon be a part of their community. We strive to be an independent, credible and ethical news source, full of breaking news and regular coverage of the team, while offering opinion about the current and future state of the Raiders. That is our goal with every piece of content we publish.

In our short history, we’ve had our share of breaking stories that we’re very proud of. A fledgling website isn’t always the first place you see breaking news when the big networks are able to resource and focus where we can’t. Yet, we are developing a reputation for developing a new approach to providing content, while doing so at a very high level.

Like all journalistic endeavors, we’ve also committed our share of mistakes. Despite an onslaught of “journalists” quick to label us with derogatory terms in an attempt to minimize the disruptive nature of Internet-based media, we’ve corrected our errors or issued retractions. We will not be deterred while seeking to earn your readership and respect.

Winner of numerous writing awards from the Nevada Press Association, the 1980 Northern Arizona University graduate began his 25-year Review-Journal career in January 1981. Also a copy editor and page designer who became Review-Journal sports editor at age 33, Fossum was named Nevada Sportswriter of the Year in 1998 by the National Sportscasters and Sportswriters Association.

Honored with numerous community service awards from local charitable organizations such as the Muscular Dystrophy Association and the American Cancer Society, Fossum was cited in the late 1990s by the Southern Nevada Sports Hall of Fame for his contributions to local athletics. He has interviewed numerous Hall of Famers and sports superstars, in addition to helping document the careers of Las Vegans Andre Agassi, Randall Cunningham and Greg Maddux.

A longtime member of the Associated Press Sports Editors (APSE), he helped recruit the organization’s national convention to the MGM Grand in 2006 after overseeing several West Regional conventions and attending annual writing and editing seminars at many of the country’s largest and most respected major dailies.

In addition to our many other contributors who have worked for daily newspapers, wire services and magazines, our staff also includes writers new to the journalism field. “New media” means those who have discovered journalism and the desire to report and write at different stages of their lives and can now do so in publications such as ours. They are passionate and talented individuals who are quickly learning and developing skills many of us earned with a four-year degree. While many in the traditional channels may refuse to accept them, they’re here to stay. We appreciate their contributions and look forward to their growth.

Our Commitment to You

In the end, we don’t produce content for other journalists or media types, nor do we have a longing to be a part of the “old boys club.” Our focus is squarely on you. Readers of the website, listeners to the podcast, viewers of our videos, are who we’re focused on.

Becoming a credible news operation is largely about building trust with your audience. Now, it’s about building trust and having a dialogue with you. That’s what we’re here to do. When we do well, we hope to hear from you. When we fail, which we hope is rare, we will stand up, admit it, and ask for your forgiveness.

We thank you for your support in our first year as part of Raider Nation and look forward to your feedback.