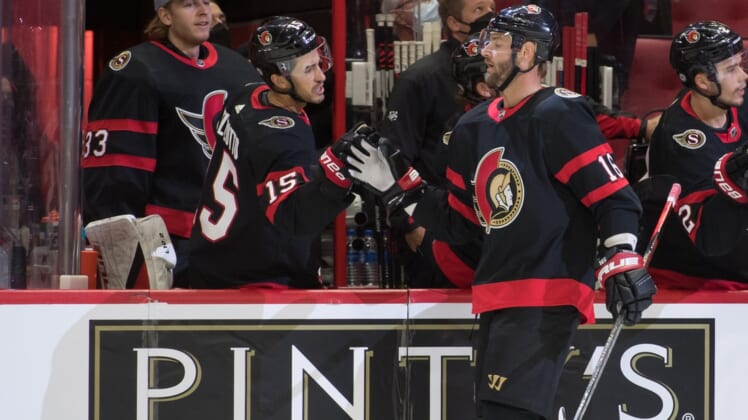 Watson, 29, sustained the injury during Ottawa’s 5-4 preseason victory over the Montreal Canadiens on Thursday.

Watson recorded 10 points (three goals, seven assists) in 34 games last season, his first with the Senators since they acquired him from the Nashville Predators for a fourth-round pick of the 2021 NHL Draft.

Watson has 87 points (39 goals, 48 assists) in 340 career games with the Predators and Senators. He was selected by Nashville with the 18th overall pick of the 2010 Draft.