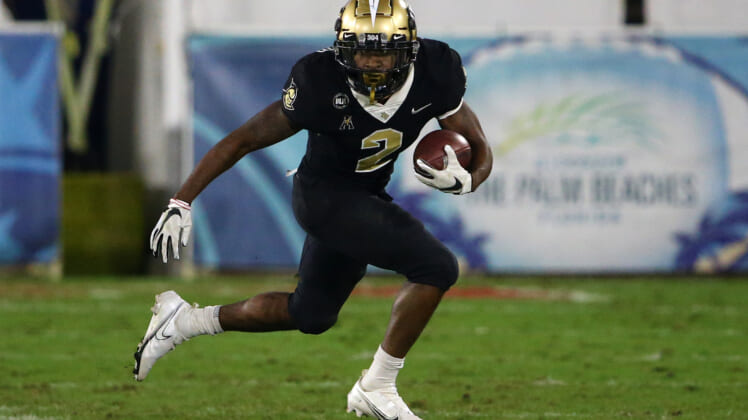 Former Central Florida and Los Angeles Rams running back Otis Anderson Jr. is dead at the age of 23 following an incident late Monday night with his father.

According to the Florida Times-Union, the Jacksonville Sheriff’s Department arrested Anderson’s father at their home after the man allegedly became enraged following an incident with a dog that belonged to his son’s girlfriend.

The father and son ended up fighting over the incident with the latter being fatally shot. Otis Anderson’s mother was also taken to the hospital for a bullet wound.

“We have now confirmed and are devastated to hear of the passing of Otis Anderson Jr. He was revered by his teammates, our fans, and everyone within Knight Nation,” the Central Florida Football program said in a statement to the media on Tuesday. “Our deepest condolences go out to everyone who loved Otis. He was taken too soon and will truly be missed.”

A little bit later on in the day, the Los Angeles Rams released a statement acknowledging Anderson’s tragic death.

An undrafted free agent this past spring, Anderson spent training camp and the preseason with the Rams. He started the regular season on Los Angeles’ practice squad before being released.

A native of Jacksonville, Anderson starred in college for Central Florida from 2017-20 — tallying 3,207 total yards and 26 touchdowns in the process. His best season came back in 2019 when Anderson gained nearly 1,100 total yards at a clip of 7.6 yards per rush.

Our thoughts go out to Anderson’s family and friends as well as the Central Florida and Rams football communities.