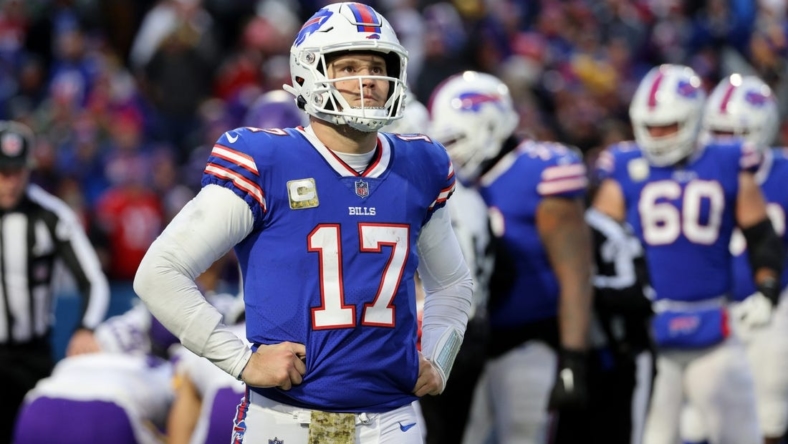 From a prohibitive favorite to narrowly leading the pack in a matter of hours on Sunday, oddsmakers are adjusting futures markets following Buffalo’s overtime loss to the Minnesota Vikings on Sunday.

Still listed as the team to beat in the AFC East division, the Bills would be the No. 6 seed in the AFC if the playoffs began Monday.

Before Sunday’s kickoff, FanDuel had the Bills at -450 to win the division. By the time the Vikings recovered a fourth Buffalo fumble and pushed the game into overtime, the Bills dipped to -150 with the Dolphins +240 and Jets at +1100.

The Bills are still +200 and atop the AFC champion futures at FanDuel, with the Kansas City Chiefs +240 and the Baltimore Ravens +650.

Buffalo also is the favorite to win the Super Bowl, but at +380 their odds are lower than they have been at FanDuel since July.

The Eagles and Chiefs are +500 and the Minnesota Vikings are +1300, even with the Ravens.

Minnesota is the largest favorite for a division title at -6000 in the NFC North. But Philadelphia is the big favorite in the NFC: +190 to claim the conference title and +500 to win the Super Bowl at Caesars.