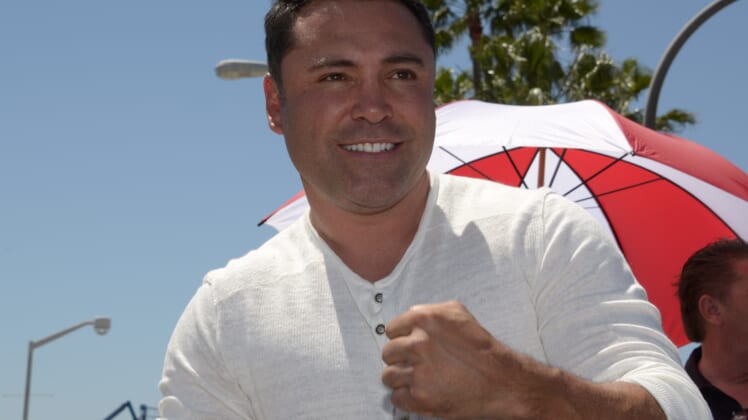 In a lengthy Facebook post, The Golden Boy lays out his argument with precision, urging fans of boxing not to spend money on the pay-per-view.

“It’s a win-win for them. It’s a lose-lose for us. We’ll be $100 lighter and we will have squandered another opportunity to bring boxing back to its rightful place as the sport of kings,” De La Hoya writes.

“…if you thought Mayweather/Pacquiao was a black eye for our sport – a matchup between two of the best pound-for-pound fighters that simply didn’t deliver — just wait until the best boxer of a generation dismantles someone who has never boxed competitively at any level – amateur or professional.

As he notes, the fight between McGregor and Mayweather appears to be moving beyond the dream phase into reality. Many fans will likely flock to watch the fight, but it’s hard to imagine the end result being anything more than a huge letdown after so much hype.