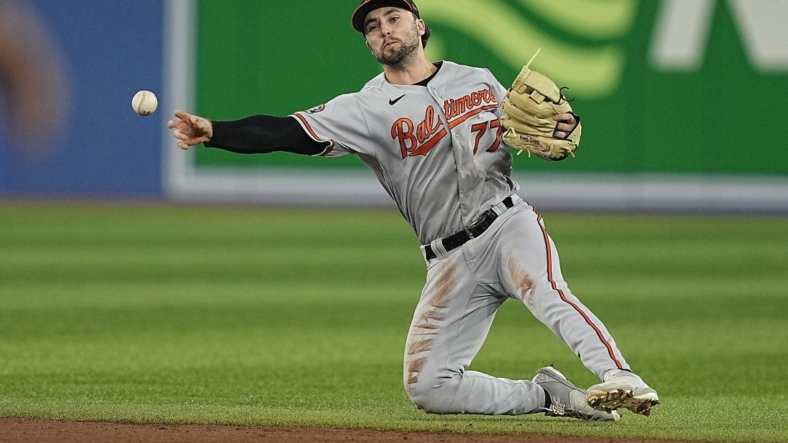 The Orioles (76-69), who turned a triple play in the third inning, salvaged the final game of the three-game series and finished a 3-2 road trip.

Jordan Romano (5-4) allowed singles to pinch hitters Kyle Stowers and Ramon Urias and a walk to Cedric Mullins to open the ninth.

Felix Bautista, who earned his 14th save, walked pinch hitter Cavan Biggio with two outs in the bottom of the ninth and George Springer hit an RBI double. Vladimir Guerrero Jr. walked, but Bo Bichette grounded out to end the game.

Joey Krehbiel (5-4) pitched a perfect bottom of the eighth for Baltimore.

Springer was hit by a pitch to lead off the bottom of the third. Guerrero walked and Bichette hit an RBI single to open the scoring.

Matt Chapman lined to shortstop Jorge Mateo to start an inning-ending triple play, with Guerrero caught off second and Bichette caught off first.

The Orioles’ Terrin Vavra and Austin Hays hit one-out singles in the fourth and Mateo hit an RBI double.

Jansen hit a two-out blast to center in the bottom of the fourth for his 13th home run of the season.

Guerrero doubled with two away in the bottom of the fifth to extend his hit streak to 12 games.

Kremer walked Jansen with two outs in the sixth and was replaced by Dillon Tate.

Tate allowed Guerrero’s 29th home run of the season, a two-out shot in the bottom of the seventh.

Adam Cimber gave up Aguilar’s 16th homer of the season in the eighth, which cut the deficit to 3-2.