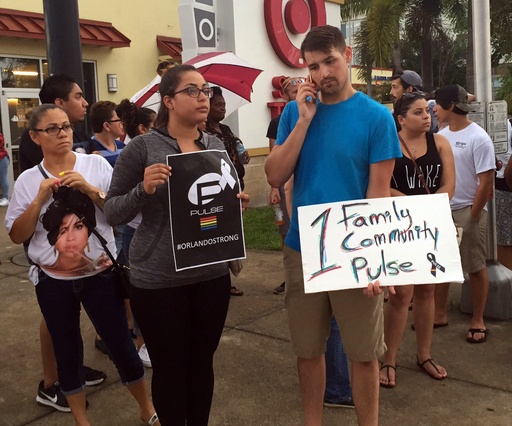 The Orlando Magic have stepped up to help out their local community in the wake of a senseless terrorist attack early Sunday morning that killed 49 people.

As the United States mourns the loss of so many of its citizens, the help that those impacted have received from their countrymen continue to tell us a story of a people that will not be destroyed due to the hatred others possess in their hearts.

The attack itself at the Pulse nightclub in Orlando was meant to target the area’s LGBT community. But it’s the entire nation that’s stood up and said no to bigotry and hate since the events unfolded.

The Magic are no different.

According to TMZ, several members of the organization volunteered their time at the Blood One Center in Orlando in the hours following the attack.

The team has also dispatched its spiritual leader as a way to help those still in the beginning stages of their grief process.

The backdrop of this harrowing story brings to light unquestionable issues regarding this nation’s inability to move on from the bigoted ways of our past, primarily the inability of gay men to actually donate blood to help those who are still facing life and death situations at the area hospitals.

There remains a federal ban on homosexual men donating blood during crisis situation. Those who have engaged in intercourse with a same-sex partner within the last year are not allowed to donate.

As the Magic organization does what it can do to help those impacted by the terrorist attack, it’s important to note that some members of the organization itself might not be able to provide what they feel is necessary during this most awful of times.

That’s the sad reality of the situation, and something we as a nation should focus on moving forward.

As it is, this is yet another example of a group of people in a position of power doing what it can to help those directly impacted by the disgusting attack in Orlando early Sunday morning.