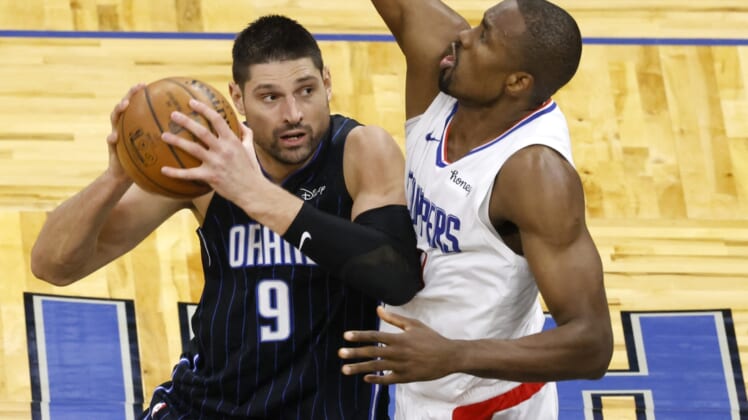 It will be a case of two teams desperately in need of a win when the Orlando Magic visit the Toronto Raptors at Tampa on Sunday.

“It’s very frustrating when you try and try and not a lot of good comes out of it,” Magic center Nikola Vucevic said after scoring 10 points in a 116-90 home loss to the Los Angeles Clippers on Friday. “We’re just not very good right now.”

The Raptors, who have won the past five meetings between the teams, lost 126-124 to the Sacramento Kings at home Friday despite a strong fourth-quarter rally.

“The difference between a winning team and a losing team is not as big a gap as you would think,” said Raptors guard Fred VanVleet, who scored 26 points. “Not one time this year have we been in a game where it feels unfathomable that we could win. It’s just the little things we have to do at a higher level. That’s what makes a good team.”

The Raptors, who trailed by 18 points late in the third quarter Friday, got to within one with 1:08 remaining on a basket by Yuta Watanabe.

Sacramento then went up by five and VanVleet’s 3-pointer ended the game. Pascal Siakam, who matched his season best with 32 points, missed an important free throw with 37.9 seconds left.

But it was at the other end of the court that led to the loss.

“We were not connected on defense,” Raptors coach Nick Nurse said.

“I think we’ve got to get better at communicating,” said Raptors guard Kyle Lowry, who scored 17 points before being ejected on a technical foul with four seconds left. “We switch defenses a lot, coach throws things at us on the fly, and our communication just isn’t at the level that it should be. … sometimes we don’t talk enough, we’re not loud enough.’

“I think they were taking it right to the front of the rim on us,” Nurse added. “We weren’t doing a good job of controlling the ball. There wasn’t the early help. Late help was a little late as well.”

Both players did individual workouts on Saturday, but the team ruled Anunoby out later in the day and listed Powell as doubtful.

The Magic won their first four games of the season and have struggled since.

“We’re not making progress, and we have to be able to do that,” Magic coach Steve Clifford said. “We’ve got to hang in there. The easy thing to do would be to give in. I don’t think we’ll do that. The only thing you can do in this league when things aren’t going your way is work and compete. That’s it. Those are the two magic words. That’s what we have to be locked in on.”

Terrence Ross led the Magic with 24 points on Friday.