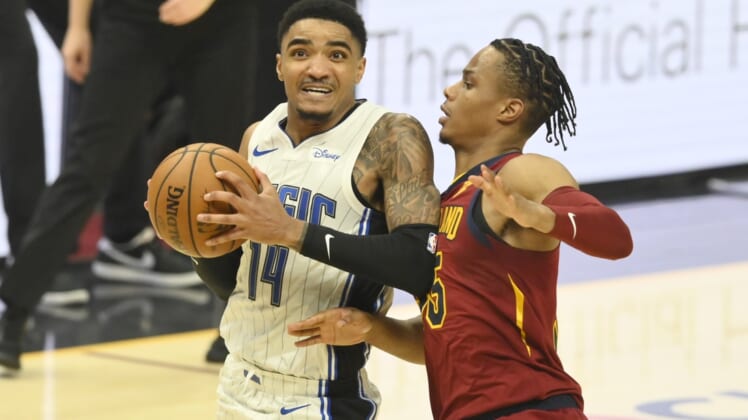 Cole Anthony’s driving layup and two free throws in the last minute Wednesday night allowed the Orlando Magic to survive a huge rally by the Cleveland Cavaliers and take a 109-104 win in Cleveland.

Anthony finished with 18 points as Orlando (19-43) snapped a six-game losing streak and won for just the second time in 14 games. Gary Harris paced the Magic with 19, while Chuma Okeke scored 18 before leaving the game in the fourth quarter with an ankle injury.

Reserves Dwayne Bacon and Chasson Randle added 16 and 10 points, respectively, for Orlando, which hit 50.6 percent of its field goal attempts.

Cleveland (21-41) erased a 21-point deficit at the fourth quarter’s beginning, tying the score at 104 when Kevin Love drained a 3-pointer with 1:03 left. But Anthony gave the Magic the lead for good with 45.1 seconds remaining, then made his foul shots with 21 seconds on the clock after a Cavaliers turnover.

Darius Garland pumped in a game-high 25 points and dished out 10 assists to pace Cleveland, while Cedi Osman scored 19 points. Jarrett Allen chipped in 17 points and a game-high 13 rebounds, and Isaac Okoro added 15 points.

Orlando took command about halfway through the first quarter with a 10-3 run that Okeke capped with a 16-footer from the right baseline that made it 17-10 at the 4:58 mark. James Ennis’ two foul shots with 23.2 seconds remaining gave the Magic a 26-16 lead going to the second.

Cleveland erased that deficit in the first 8 1/2 minutes of the second period, tying the game at 38 on Osman’s driving layup. But Orlando ripped off 10 of the next 12 points and settled for a 50-44 halftime advantage.

The Magic blew it open in the third period with two key runs. A 13-5 spurt opened the quarter and gave them a 63-49 cushion after Harris’ transition layup, and Randle canned a 3-pointer with 2.7 seconds left to make it 82-61 heading into the fourth.