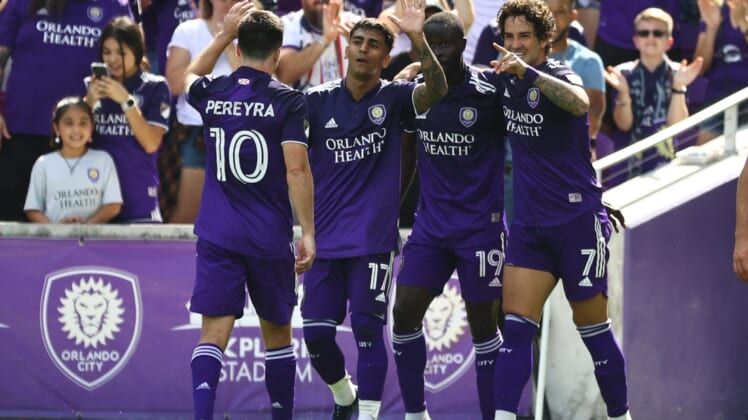 FC Cincinnati will look to find the back of the net for the first time this season when it visits Orlando City SC on Saturday night at Orlando, Fla.

FC Cincinnati (0-2-0, 0 points) has been outscored 6-0 in two losses under first-year coach Pat Noonan. Cincinnati was shellacked 5-0 by Austin FC in its opener before losing 1-0 to visiting D.C. United last Saturday on a penalty kick by Ola Kamara in the eighth minute of second-half stoppage time.

The latest loss was painful as D.C. United was playing with just 10 players and the penalty kick came on a hand ball by defender Geoff Cameron.

“The disappointment with the result doesn’t leave you after one night, so it’s still something that you want to fix,” Noonan said. “You want to get those results going your way, especially when you have performances like that, so the message was the progress that we made from week to week was a positive one but the result was the same — so how do we continue to progress with the right results, to continue to grow as a group with the confidence and the expectation that those performances end in wins.”

Making the task tougher for Cincinnati is that Orlando City (1-0-1, 4 points) has yet to allow a goal.

The Lions defeated CF Montreal 2-0 in their opener before playing to a scoreless tie with the host Chicago Fire last Saturday.

“It’s an opportunity for the boys to continue to get better,” Lions coach Oscar Pareja said. “This is a moment where we can’t underestimate the opponent. We want them to have the same responsibility they have when it comes against any team because they’re a good team, too.”