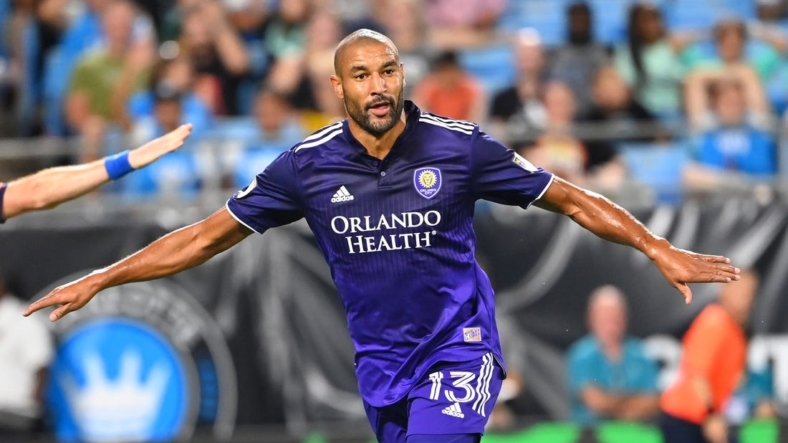 Prior to Saturday’s action, Orlando (10-10-6, 36 points) resided in fifth place in the Eastern Conference despite failing to win three consecutive matches at any point this season.

Orlando City SC have the chance now after following up a 1-0 victory over the New York Red Bulls on Aug. 13 with a 2-1 victory in Charlotte last Sunday. Substitute Tesho Akindele scored his first goal of the season against Charlotte.

The Lions still don’t have a double-digit goal scorer, although Ercan Kara converted for the eighth time this season last Sunday. They also have struggled at home relative to most MLS teams, earning half of their victories on the road.

That’s something manager Oscar Pareja would love to change against a fellow playoff challenger.

“We have the same mentality to just keep adding points and stay committed to getting a win at home that we need so badly in front of our fans and continue this momentum of good results and performances,” Pareja said.

New York City FC (13-7-6, 45 points) had gone four matches without a victory (0-3-1) prior to a 2-0 win at Chicago last Sunday. Gabriel Pereira scored his sixth goal of the season and Santiago Rodriguez added his third.

Much of that slide can be attributed to NYCFC’s adjustment to life without Valentin Castellanos. As of Saturday, the Argentine forward was still tied for seventh in the MLS Golden Boot race despite moving to Girona in Spain on a season-long loan last month.

Winger Matias Pellegrini, formerly of Inter Miami, could make his debut for NYCFC after signing a week ago as a free agent.

“We asked for the guys to take opportunities if they’re given them and we asked for focus because we’re a bit light at the moment with bodies so we need every guy to step up,” NYCFC interim manager Nick Cushing said. “Even in the moments when they’re finding it difficult, maybe when they’re tired.”