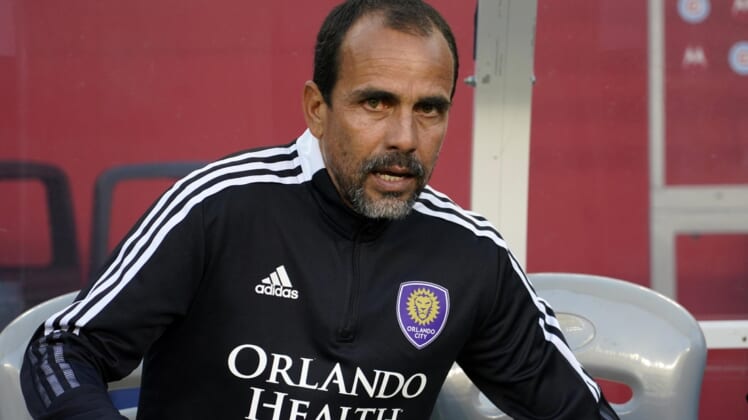 Two teams that haven’t met in roughly a year and half meet Sunday afternoon when the host Portland Timbers take on Orlando City SC.

It’s one of only three MLS contests during an international match weekend highlighted by World Cup qualifiers around the globe.

Orlando City (2-1-1, 7 points) has the better record so far, but the Timbers (1-1-2, 5 points) won the last meeting between the two teams on Aug. 11, 2020 in the final of the MLS is Back Tournament. That match was played in Orlando’s backyard at ESPN’s Wide World of Sports Complex.

Orlando had been winless in 13 straight games played on the West Coast, according to the MLS website, until a 1-0 win last Saturday over the Los Angeles Galaxy in Carson, Calif.

The Lions will be without goalkeeper Pedro Gallese, who has three clean sheets in Orlando’s four matches this season. Gallese is with Peru’s national team.

Sunday marks the 300th game as an MLS head coach for Orlando’s Oscar Pareja. He said that playing on artificial turf, as is the case at Portland’s Providence Park, is not a “minor detail.”

“It’s something that we have been preparing the group on during the week … and we’re ready,” Pareja told the club website.

The Timbers suffered their first loss of the season last weekend at FC Dallas, a 4-1 thrashing. But five points at this stage of a season is third best in club history, behind nine points in four games in both 2017 and 2020.

Midfielder Eryk Williamson, who did not play in Dallas, is nearing a return from a torn ACL. When healthy, he has been a catalyst on offense.

“(Eryk is) doing really well,” Timbers coach Gio Savarese told the club website. “I think he is in a question mark stage. Do we put him on the bench to be in this game? Or do we wait a little bit more and give him another game?”