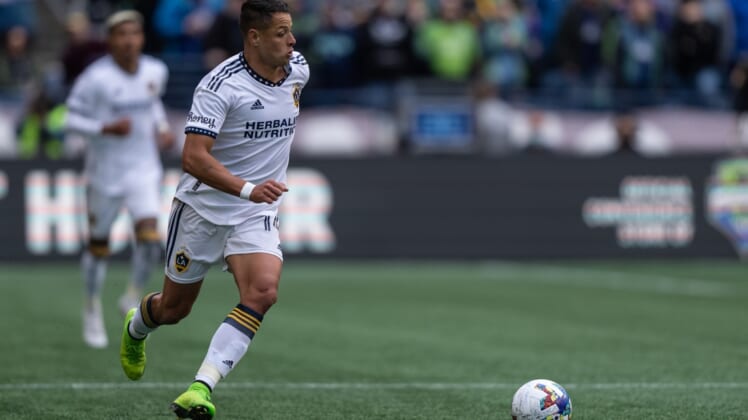 The LA Galaxy and Orlando City SC both will try to move past disappointing defeats they felt didn’t match the quality of their play when they meet on Saturday afternoon in Carson, Calif.

The Galaxy (2-1-0, 6 points) took an early lead and then tied the game in the second half before ultimately falling to a 3-2 defeat at the Seattle Sounders last weekend.

Javier “Chicharito” Hernandez scored his second goal of the season and Douglas Costa added his first with his new club to tie the match.

But the Galaxy conceded their first three goals of the season all on set pieces — including an early penalty kick — as Seattle scored on three of its four shots on target.

“I think it’s a little bit sometimes a mentality,” LA manager Greg Vanney said of the struggles defending dead-ball situations. “It’s making sure when the ball is being served that we’re in the right starting position, and then we’re aggressive and our mentality is to attack the ball, be first and deal with some of those situations.”

Orlando (1-1-1, 4 points) also took its first loss of the season in a game it entered as a heavy favorite, losing 2-1 at home to a Cincinnati team that finished last in the Eastern Conference in 2021.

The hosts held more than two-thirds of the possession and forced Cincy goalkeeper Alec Kann into five saves, some of them exceptional.

The Lions have scored only three goals through three games, despite Brazilian striker Alexandre Pato returning to health after missing most of last season.

They are tasked this year with replacing the production of former Manchester United star Nani and American international Daryl Dike. Both departed for European destinations this offseason.

“There’s a lot of expectations for this team,” Torres said this week, through an interpreter. “We know we have a tough rival ahead, but we believe in the team we have and we’ll keep moving forward.”