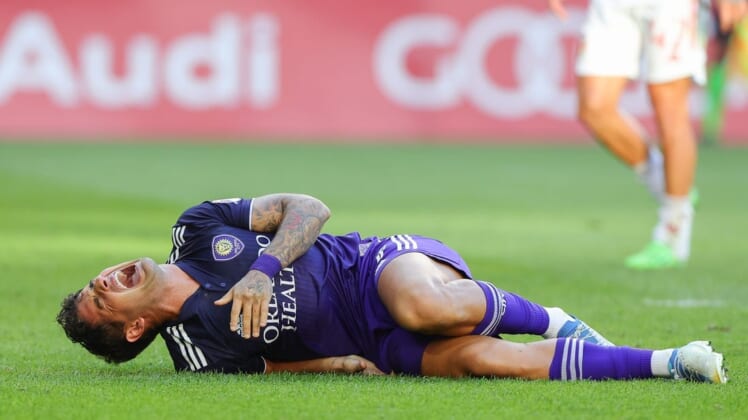 The surgery is scheduled for Sept. 9 to repair the injury Pato sustained Aug. 13 in a game against the New York Red Bulls.

“Pato is an incredible competitor and we’re sad to see him suffer this injury. But we know he will work to get back on the field even stronger,” said Luiz Muzzi, the general manager of Orlando City SC. “We’re ready to support and help him in every way necessary through his recovery.”

This is the second straight season to end with a right knee injury for Pato, who turns 33 next month.

He signed a one-year deal with Orlando City in February 2021 and made just four appearances (one start) last season. The club re-signed him to a one-year contract for 2022 in January.

Over the two seasons, Pato has made 26 appearances (15 starts) and tallied three goals and six assists in 1,300 minutes for Orlando City.

The club didn’t have a timetable for his return.