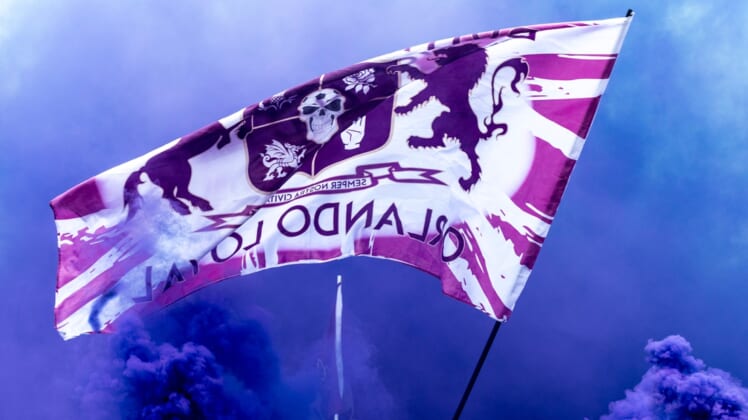 Mar 31, 2019; Orlando, FL, USA; General view of Orlando City fans waving a flag while marching to the stadium prior to the game between the Orlando City and the D.C. United at Orlando City Stadium. Mandatory Credit: Douglas DeFelice-USA TODAY Sports

Araujo, 20, joins the Lions from Montevideo Wanderers FC as part of the MLS U22 Initiative. He is signing a three-year contract with a club option in 2025.

“We’re very excited about bringing Cesar to Orlando and having him suit up in purple,” Orlando City executive vice president of soccer operations Luiz Muzzi said in a news release. “He’s focused and energetic in the center and we expect that he’ll bolster and strengthen our midfield.”

A product of the Wanderers’ youth academy system, Araujo joined Montevideo’s first team in July 2019. He tallied six assists in 63 appearances across all competitions with the Uruguayan club, including appearances in the Copa Libertadores and Copa Sudamericana.