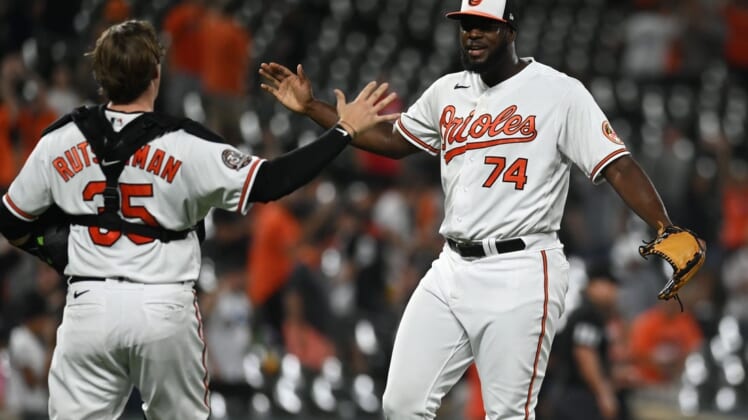 The Chicago White Sox and Baltimore Orioles have quite a bit in common, as they’re both on the wrong side of the American League wild-card race, but there’s time to do something about that.

So, games against each other have added significance as they face off Wednesday night in Baltimore. Just 2 1/2 games separate the teams in the battle for wild-card spots, with the Orioles holding the upper hand.

Baltimore has won three of its past four games, including Tuesday night’s series opener 5-3 despite posting only five hits.

“I don’t want us to stop,” Orioles manager Brandon Hyde said. “I want us to keep playing well and see where we are at the end.”

The White Sox have lost five of their past six after five straight wins.

“We want to stay in this race,” Chicago shortstop Elvis Andrus said. “We need to be positive for the next one.”

The White Sox received some good news regarding Eloy Jimenez, who homered in the first inning Tuesday and then exited in the eighth after he was hit on the left elbow by a pitch from Felix Bautista. He has a bruise, but no extensive damage.

Baltimore has won four of five meetings with the White Sox this season. Chicago has scored a total of 10 runs in the five games.

“You have to go out there and do your job and perform,” White Sox center fielder Luis Robert said. “You have to do it on the field and the other team is trying to win games, too.”

The Orioles will try to keep it going behind right-hander Spenser Watkins (4-3, 4.04 ERA), though he has recorded just one victory in his past five starts. He has been dogged by home runs, allowing a long ball for the only run allowed in two of his past four starts.

He threw five innings without giving up an earned run in a 6-2 road win against the White Sox on June 25, his first game back from the minors. In two career outings against Chicago, he has given up just one earned run in 9 1/3 innings.

The Orioles could use a solid outing from Watkins after they used six pitchers Tuesday.

“The game kind of called for it,” Hyde said. “… We have a lot of confidence in our guys (in the bullpen) and we’re going to continue to throw them out there.”

Right-hander Lucas Giolito (9-7, 5.34 ERA), who’ll get the call for the White Sox, will try to get back on track after probably his worst outing of the season last Thursday. He gave up seven runs in three innings in a 21-5 loss to the Houston Astros. Before that, he won his first three starts of August.

Giolito is trying to reach double-figure victories for the fourth time in the past five seasons, missing only in the pandemic-shortened 2020 season during that stretch. He’s 2-2 all-time with a 6.41 ERA in four starts against the Orioles.

The Orioles had infielder Terrin Vavra back in Tuesday’s lineup after he was on the paternity list. He went 0-for-3.

Hyde is stacking the lineup with left-handed batters against some right-handed pitchers. He said it’s a luxury, plus he has the option of giving some line regulars a day off.

“We’re a lot more balanced offensively with being able to match guys up the best that we possibly can,” Hyde said.