Orioles turn to seven pitchers to hold off Rays 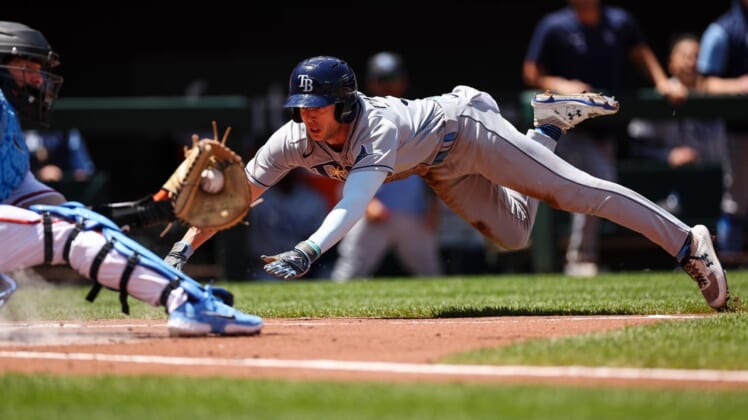 Anthony Santander hit a solo homer, and the Baltimore Orioles relied on their bullpen to beat the visiting Tampa Bay Rays 2-1 Sunday in the rubber match of their three-game series.

Jorge Lopez recorded the final four outs for his 11th save. He has not allowed an earned run in his past 12 appearances across 15 1/3 innings.

Baltimore went with a bullpen game after scheduled starter Jordan Lyles was scratched before the game with a stomach virus.

Baltimore had a 2-1 lead after four innings and held on, using seven pitchers overall.

Brett Phillips had two hits for Tampa Bay, which concluded its nine-game trip with a 2-7 mark. The Rays left 10 men on base and lost despite outhitting the Orioles 9-4.

Santander gave Baltimore an early lead against Corey Kluber (3-4) with his two-out solo homer in the first, a 380-foot blast to right field. The long ball was Santander’s third in his past five games.

The Orioles added a run in the third when Cedric Mullins’ one-out double scored Ryan McKenna, who singled to lead off the inning.

The Rays got on the board in the fourth against Baker, who gave up a leadoff single to Francisco Mejia. Mejia moved to third after a pair of groundouts and scored on Taylor Walls’ double.

Tampa Bay threatened with runners at the corners and two outs in the sixth, but second baseman Rougned Odor charged Walls’ grounder and rolled the ball to first while falling down to end the inning.

Kluber allowed two runs on four hits over six innings. He walked one and struck out six while throwing 92 pitches.

Lopez balked the potential tying run to second base with two outs in the eighth inning before Isaac Paredes flied out to end the inning.

Baltimore outfielder Trey Mancini was unavailable due to soreness in his right hand and is listed as day-to-day.