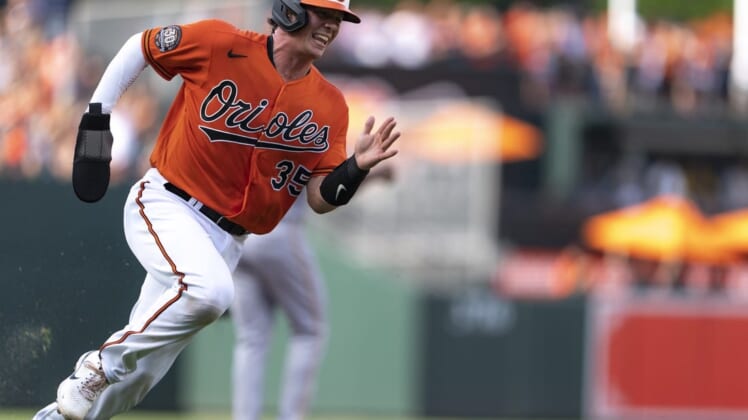 Ryan McKenna drove in two runs and every player in Baltimore’s lineup had a hit as the Orioles beat the visiting Pittsburgh Pirates 6-3 on Saturday.

Four relievers combined on four no-hit innings to help the Orioles reach a five-game winning streak for the second time this season. The last time, the string was extended to 10 games.

Keegan Akin, Joey Krehbiel, Nick Vespi and Dillon Tate pitched in relief for the Orioles. Only two Pittsburgh batters reached base against the Baltimore relievers.

Adley Rutschman went 2-for-3 as the only Oriole with more than one hit. Baltimore stranded 12 runners on base, going just 3-for-13 with runners in scoring position.

The Orioles built a 3-0 lead through two innings. The first run came on Terrin Vavra’s RBI single in the first inning.

In the second, Jorge Mateo’s single and Brett Phillips’ double provided runs. Phillips has played in three games since arriving in a trade with the Tampa Bay Rays this week, and he has doubled in the past two games.

Cruz’s ninth home run of the season came in the fourth inning.

Through four innings, eight of the nine batters in the Baltimore lineup had a hit.

Ramon Urias stroked a one-out double in the bottom of the fifth and later scored on McKenna’s two-out, two-run double.

Pittsburgh’s Ke’Bryan Hayes drove in a sixth inning run with a single as the second-to-last batter to face Voth.