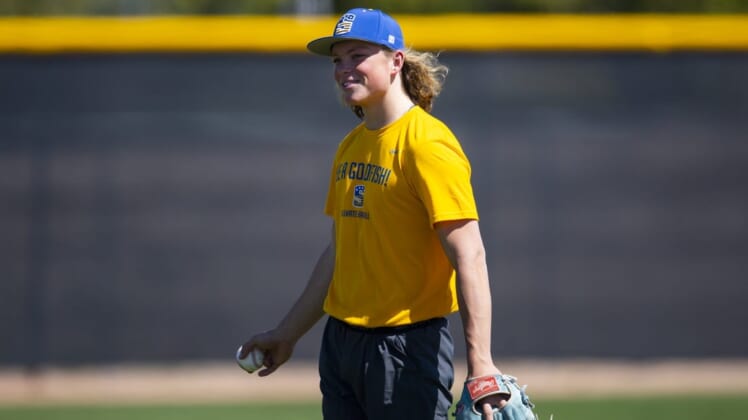 Jackson Holliday, the No. 1 overall selection in the 2022 MLB Draft, is officially a member of the Baltimore Orioles.

The Orioles announced the signing of the shortstop from Stillwater, Okla., on Wednesday but didn’t release contract terms. The Baltimore Sun previously reported the two sides had agreed to an $8.19 million deal, making the contract a record for a high school draft pick.

The Orioles have 16 of their 22 draft picks under contract, including the top four and 11 of the top 12. Teams have until Monday at 5 p.m. ET to sign their 2022 draft selections.