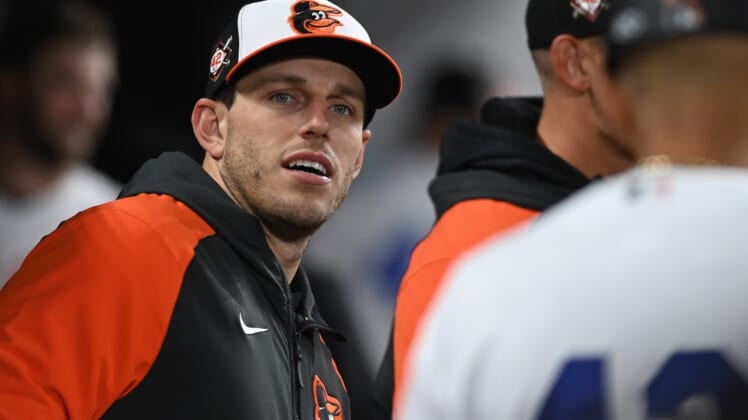 Means initially was placed on the 10-day injured list on Friday, two days after he left a start early due to pain in his pitching arm.

“It’s going to be a while,” Orioles manager Brandon Hyde said Saturday. “… It’ll be a while for some results to come back, but I wouldn’t expect him to pitch any time soon.”

Means, who turns 29 on April 24, said he felt forearm pain during his Opening Day start against the Tampa Bay Rays on April 8. He dealt with more discomfort in Wednesday’s 4-2 loss to the Milwaukee Brewers and departed after four innings and just 51 pitches. He gave up two runs and two hits.

Means has a 3.38 ERA in eight innings this season. He has allowed three runs, eight hits, two walks and struck out seven.

Overall, Means is 20-24 with a 3.81 ERA in 70 career appearances (65 starts) over four-plus seasons with the Orioles. The highlight of his career came on May 5 of last season when he threw a no-hitter and struck out a career-best 12 against the Seattle Mariners.

Also on Sunday, the Orioles optioned left-hander Alexander Wells to Triple-A Norfolk and selected the contract of right-hander Marcos Diplan from the Tides.

Wells, 25, owns a 2-3 record with a 6.45 ERA in 12 career appearances (eight starts) with the Orioles. He pitched two scoreless innings of relief in his lone 2022 outing.