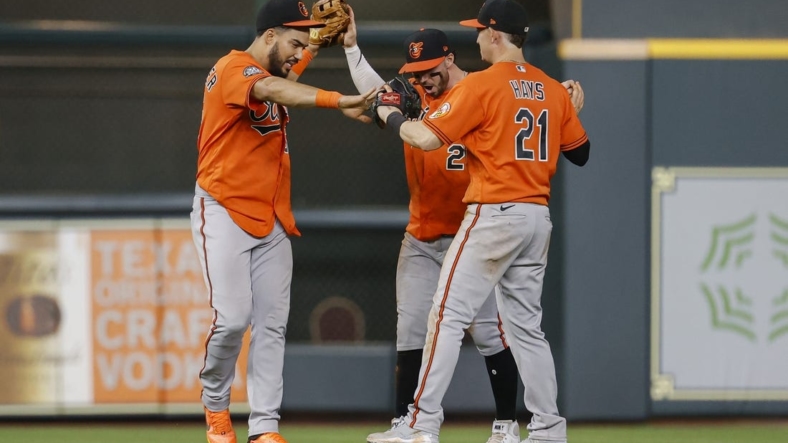 The Baltimore Orioles have one rested bullpen.

The Orioles required only 2 1/3 innings from their bullpen while claiming the first two games of their three-game series with the host Houston Astros, thanks to the exceptional starting pitching provided by Bradish and Kremer.

Their handiwork has set the table for Baltimore to wield a rested bullpen in the series finale on Sunday.

“So impressed,” Orioles manager Brandon Hyde said following a 3-1 victory on Saturday. “Two deep starts from two guys that haven’t been in the big leagues very long and are showing so much improvement. That’s the biggest thing for me is the improvement these guys are showing, the confidence, the trust in their stuff.

“Just watching a couple of young guys really learn at the big league level and in a tight race and in important games. So it’s a lot of fun.”

Right-hander Austin Voth (4-1, 4.73 ERA) will start the series finale on Sunday as the Orioles pursue the three-game sweep.

Voth won his fourth consecutive decision in his last start against the Chicago White Sox on Tuesday. He allowed two runs on a season-high seven hits and three walks with three strikeouts in 5 2/3 innings in the 5-3 win. Voth has posted a 2.81 ERA since suffering his lone loss of the season on June 29.

In his only career appearance against the Astros, Voth allowed two runs on three hits and one walk in one inning on May 15. He did not factor into the decision of an 8-0 loss while with the Washington Nationals.

With 10 strikeouts in his previous start, a 4-3 victory over the Minnesota Twins on Tuesday, Verlander surpassed Pedro Martinez and Max Scherzer for 13th place on the career strikeouts list with 3,161. He also earned his 242nd career win, placing him 55th in major league history.

The Astros had their seven-game home winning streak snapped in the series opener on Friday and had been 27-8 in their previous 35 home games. Houston averaged six runs per game over its previous 10 home games before the Orioles arrived and shut down the Astros’ offense.

“Before you knew it, it’s in the fifth or sixth inning and we’ve only had one or two hits so you’ve got to give them some credit. You don’t like to do it but it is what it is.”