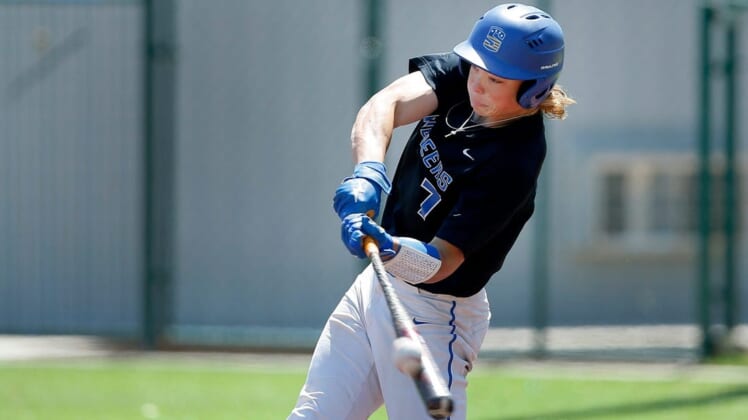 Stillwater High shortstop Jackson Holliday was selected first overall in the MLB draft by the Baltimore Orioles on Sunday.

The Baseball America 2022 High School Player of the Year is the son of former major league outfielder Matt Holliday. He’s the second No. 1 pick ever whose father played Major League Baseball, following Ken Griffey Jr. in 1987.

“It is an absolute honor to be the No. 1 pick,” Holliday said in a TV interview with MLB Network moments after the selection was made.

The left-handed hitter is also committed to Oklahoma State, where his uncle, Josh Holliday, is the head coach.

“It takes a lot of hard work to get here and I’m excited for the next part,” Jones said on MLB Network.

Jones was the Gatorade Georgia Player of the Year for Wesleyan High in Norcross. He has committed to Vanderbilt.

The draft is being held outdoors for the first time as part of All-Star Weekend in Los Angeles.

Royce Lewis (2017, Minnesota Twins) and Carlos Correa (2012, Houston Astros) are the last two shortstops selected No. 1 overall in the draft.

Baltimore selected No. 1 in the draft for the second time in three years and third in franchise history.

MLBPipeline rates the Orioles as the top farm system in baseball. Baltimore entered the All-Star break Sunday with a 46-46 record after winning only 52 games in 2021 (52-110).

The Orioles own three additional picks in the top 67 overall.