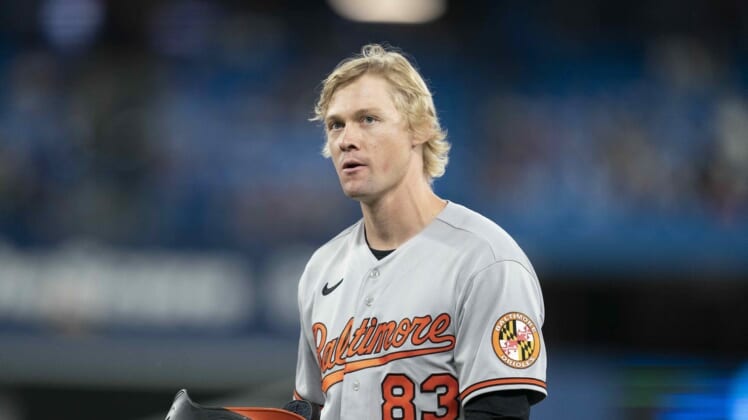 Outfielder Brett Phillips was designated for assignment for the second time this month after he was removed from the active roster of the Baltimore Orioles on Friday.

The move comes after Phillips was designated by the Tampa Bay Rays on Aug. 1. He was traded to the Orioles a day later for cash considerations.

The Phillips DFA on Friday was part of a series of moves by the Orioles, who also selected the contract of outfield prospect Kyle Stowers from Triple-A Norfolk. Infielder Richie Martin and left-hander Nick Vespi were recalled from Norfolk, while infielder Terrin Vavra was placed on the paternity list and left-hander Logan Gillaspie was optioned to Triple-A.

Phillips, 28, had just two hits in 17 at-bats for the Orioles and batted a combined .144 with five home runs and 15 RBIs for Tampa Bay and Baltimore this season. He is a career .188 hitter with 28 home runs and 93 RBI over six seasons and 354 games for four different teams.

Stowers, 24, was a second-round draft pick by the Orioles in 2019 and was batting .264 with 19 home runs and 78 RBIs in 95 games with Norfolk this season. He made his major league debut in June and had an RBI double over two games.

Vavra, 25, was 11-for-39 in 18 games with the Orioles this season, while Gillaspie, 25, had a 3.75 ERA in 13 appearances. Vavara and Gillaspie also made their major league debuts earlier this season.