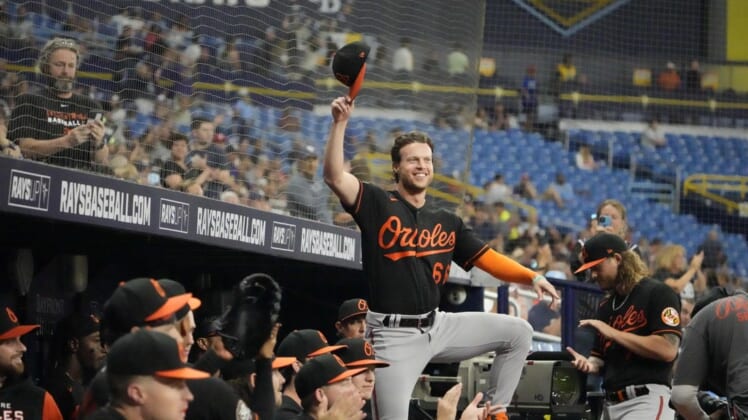 Three days after he was designated for assignment by the Baltimore Orioles, outfielder Brett Philips was outrighted to Triple-A Norfolk after he cleared waivers.

Phillips has more than $300,000 remaining on is $1.4 million salary for 2022 and would have forfeited that amount had he elected to become a free agent.

It was the second time Phillips had been designated for assignment this month after the Tampa Rays did the same on Aug. 1. He was traded to the Orioles a day later for cash considerations.

Phillips, 28, had just two hits in 17 at-bats for the Orioles and batted a combined .144 with five home runs and 15 RBIs for Tampa Bay and Baltimore this season. He is a career .188 hitter with 28 home runs and 93 RBIs over six seasons and 354 games for four different teams.