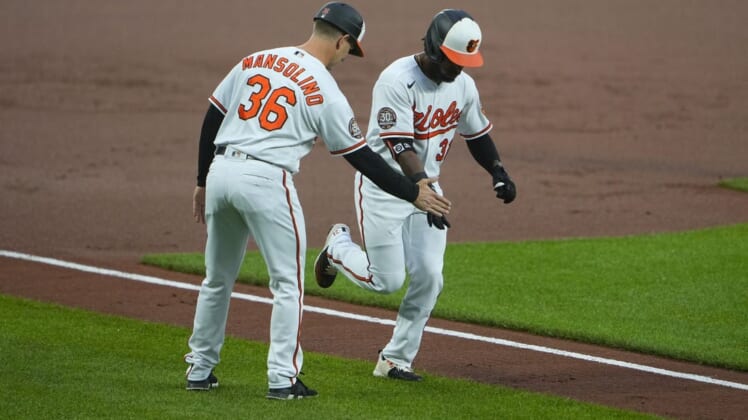 Jorge Mateo’s three-run home run was one of five Baltimore long balls as the Orioles romped past the visiting Chicago Cubs 9-3 on Tuesday night.

The first batter for both teams homered, but the Orioles had a more steady power display as Cedric Mullins, Trey Mancini, Austin Hays and Ramon Urias all went deep.

Christopher Morel and Willson Contreras hit home runs for the Cubs, who were coming off a 4-5 homestand.

Morel opened the game with a home run. In the bottom of the inning, Mullins and Mancini belted back-to-back homers at the top of Baltimore’s order.

Mateo’s homer came in the second, putting the Orioles up 5-1.

The score was 7-1 through three innings after Hays drove in a run with a double and later scored on Ryan Mountcastle’s sacrifice fly.

Cubs starter Keegan Thompson (6-1), who entered the game with a 1.99 ERA, allowed seven runs in three innings. He gave up five hits, walked one, hit two batters with pitches and struck out one.

Hays hit his seventh home run of the season in the fifth.

Bryan Baker (2-3) was the winning pitcher in relief of starter Kyle Bradish, who lasted 4 2/3 innings. Bradish gave up two runs on four hits and five walks with five strikeouts. Baker yielded on run in 1 1/3 innings.

Baltimore won for just the second time in its past five games, while Chicago took its third consecutive loss.

The Orioles had only 13 total hits while losing two of three to the Cleveland Guardians over the weekend, but their offense broke out on Tuesday in the first game of a two-game set against the Cubs.

Morel added a run-scoring triple in the sixth inning. He was the only Chicago player with more than one hit. The Cubs stranded 11 baserunners.