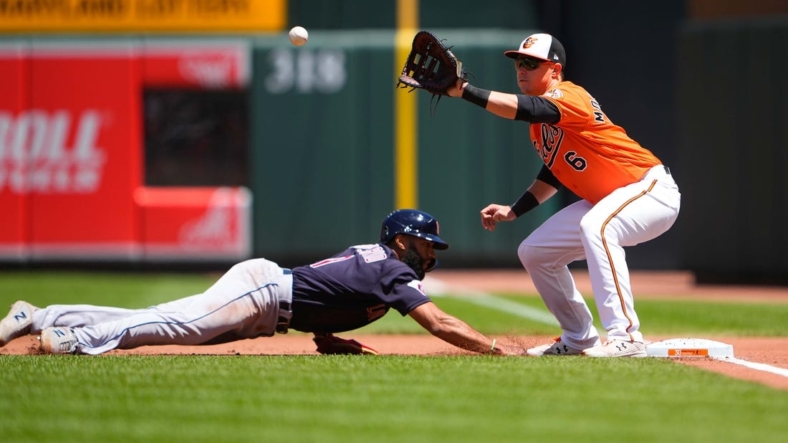 Runs figure to be a premium when the visiting Baltimore Orioles begin a three-game series against the Cleveland Guardians on Tuesday.

Both teams have relied on their pitching during their second-half push for a postseason berth. The Guardians hold a two-game lead over the Minnesota Twins in the American League Central, while Baltimore sits 1.5 games out of the final AL wild-card spot.

Baltimore’s starting pitchers have recorded a quality start in a season-high five straight games with a 1.30 ERA during that stretch.

The Orioles took two of three from the Houston Astros over the weekend and will send right-hander Spenser Watkins (4-4, 3.96 ERA) to the mound in the series opener on Tuesday.

Watkins is making his first appearance against Cleveland, which dropped three of four against the Seattle Mariners over the weekend.

The Guardians pitched well throughout the series but scored a total of seven runs in the four games.

Cleveland has lost seven of its last 10 games against the Mariners and will be eager to return to home, where they are 32-25 this season.

“We just can’t ever give up, and I don’t think we ever do,” Guardians starter Aaron Civale said. “We’ve just got to trust that it’s our identity and even this tough series doesn’t change who we are and how we play the game. We play the game the right way and we just have to keep doing that.”

Right-hander Cal Quantrill (10-5, 3.59) will get the nod for Cleveland. He has won six straight decisions and tossed seven shutout innings against the San Diego Padres on Wednesday.

The entire Guardians pitching staff has been on an impressive run this month, allowing more than four runs just once in the last 20 games.

Cleveland’s relievers have not allowed an earned run since an Aug. 15 loss to the Detroit Tigers. Right-hander James Karinchak has a 20-inning scoreless streak covering his last 18 outings.

Manager Terry Francona needs more production from regulars such as Myles Straw and Owen Miller, but MVP candidate Jose Ramirez has been a model of consistency.

“I’ve said it a million times. He’s the clutchest player, he’s got that gene,” Guardians starter Zach Plesac said. “He seems to be up in all the big moments and he comes through. That’s why he’s up there for MVP. It’s an honor to be able to play with him. He’s a beast.”

Baltimore is looking to jumpstart its offense after scoring a total of six runs in three games over the weekend against Houston. The Orioles finished the series going 3-for-22 with runners in scoring position.

Baltimore infielders Ryan Mountcastle and Jorge Mateo had 19 strikeouts with one walk between them over the three games against the Astros.

“We pitched so well,” Orioles manager Brandon Hyde. “But we’ve got to start swinging the bat a little bit. You know offensively we need to start scoring some more runs. But our pitching carried us there in two of those wins.”