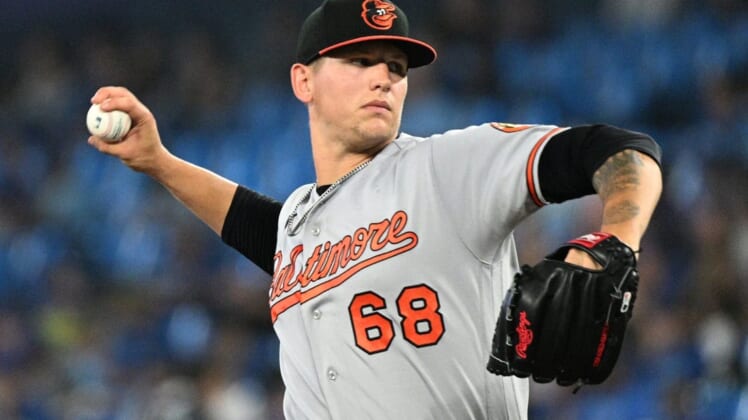 Ryan Mountcastle, Rougned Odor and Tyler Nevin each had two RBIs for the Orioles, who scored six runs in the third inning and gained a split in the four-game series. Cedric Mullins added three hits.

Wells (4-4) allowed one run, five hits and a walk while striking out three.

Mullins led off the game with a single, stole second, took third on Mountcastle’s infield single to shortstop and scored on Adley Rutschman’s fielder’s choice grounder to third.

In the third, Mullins led off with a single and third baseman Santiago Espinal was charged with a two-base error on a grounder by Hays. Mountcastle hit a two-run single, took third on Rutschman’s double and scored on Odor’s sacrifice fly.

Hernandez hit his fifth homer of the season with two away in the fourth.

Baltimore scored twice against Jeremy Beasley in the seventh. Rutschman walked and scored on Odor’s triple. Nevin followed with a sacrifice fly.

Hays hit his ninth homer of the season with one out in the eighth against Matt Gage.

Rico Garcia pitched around a single in the bottom of the ninth.

Toronto third baseman Matt Chapman (wrist) did not play and shortstop Bo Bichette left the game after seven innings after fouling a ball off his leg in the sixth.
Baltimore optioned left-hander Bruce Zimmermann to Triple-A Norfolk on Thursday and recalled right-hander Mike Baumann.