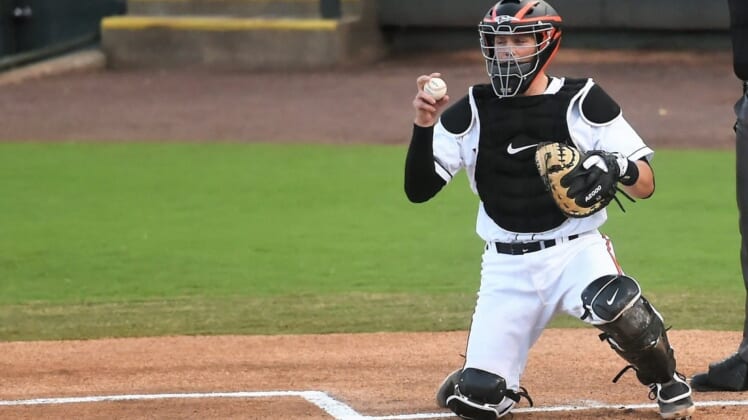 Rutschman, the No. 1 overall draft pick in 2019 out of Oregon State, has been ranked as baseball’s top prospect by MLB Pipeline since last summer.

The catcher received a record $8.1 million bonus in 2019, eclipsing the $8 million Gerrit Cole pocketed with the Pittsburgh Pirates in 2011.

Rutschman, 24, is hitting .309 with three home runs and nine RBIs this season in 19 games across three different levels of minor league play.

Catcher Anthony Bemboom was designated for assignment by the Orioles in a corresponding move.