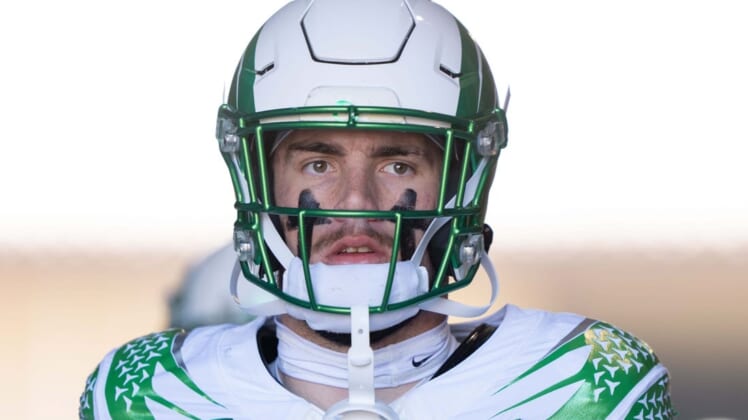 Oregon tight end Spencer Webb died Wednesday afternoon after falling and hitting his head. He was 22.

The Lane County Sheriff’s Office said that when paramedics arrived at the scene, they were unable to revive him. He had plummeted about 100 feet down a steep trail, authorities said.

Webb, who played high school football at Christian Brothers in Sacramento, was projected to start this fall as a redshirt junior.

“So full of life in every moment of the day,” first-year Oregon coach Dan Lanning posted to Twitter early Thursday. “Your smile and energy will be missed Spencer. I love you!”

With the Ducks, Webb appeared in 29 games. He caught 31 passes for 296 yards and four touchdowns.