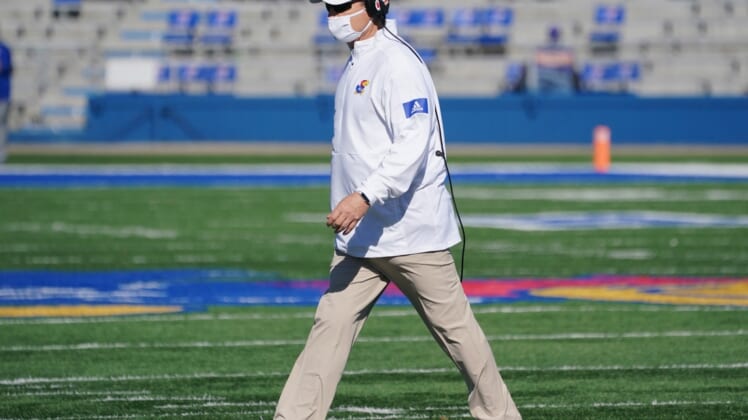 F. King Alexander was placed on probation and the Oregon State University president must answer to his Title IX failures at LSU.

The Oregon State board of trustees voted 12-2 to place Alexander on probation through June 1, finding he was aware of allegations against football coach Les Miles when LSU hired him in 2013. That includes a formal recommendation that year from then-athletic director Joe Alleva that Miles be fired for misconduct and abuse.

Alexander led LSU through 2019 and became president at Oregon State on July 1, 2020.

The board made the decision after reviewing the findings of an investigation by Missouri law firm Husch Blackwell.

“President Alexander will be required to review the recommendations of the Husch Blackwell report relevant to OSU policies and practices and provide the Board with a report by June 1 that assesses and seeks to improve any OSU policies, procedures and funding needs for Title IX reporting and survivor support services,” the letter stated. “President Alexander also will provide to the Board by June 1 a concrete plan to rebuild trust and relationships with the university community.”

The Husch Blackwell report detailed systemic failures by LSU to appropriately report incidents involving athletes and sports programs facing accusations of sexual misconduct and abuse. The report included Alleva’s email to Alexander, which stated he believed LSU had cause to fire Miles, adding: “I want us to think about which scenario is worse for LSU. Explaining why we let him go or explaining why we let him stay.”

Details of the report were discussed openly at the OSU board meeting on Wednesday. Alexander faced criticism from 19 members of the public who gave the board of trustees testimony on Wednesday night.

He issued a video apology.

“I understand that the power of my position requires more from me to do everything I can to ensure the university is free from sexual violence and violence in all forms,” he said in the video. “I know that there was more I could have done at LSU given the power of my office and the expectation of community members. As university president, I should have sought every opportunity to hold others accountable. I stand with and support survivors of all forms of sexual violence and affirm the work of our advocates. As your president, I assure you I will work to rebuild trust.”

LSU fired Miles four games into the 2016 season, and he most recently was the coach at Kansas. Earlier this month, the school parted ways with him after sllegations surfaced that Miles made sexual advances toward female students at LSU and also made comments about women in the athletic department that were sexist or insulting.