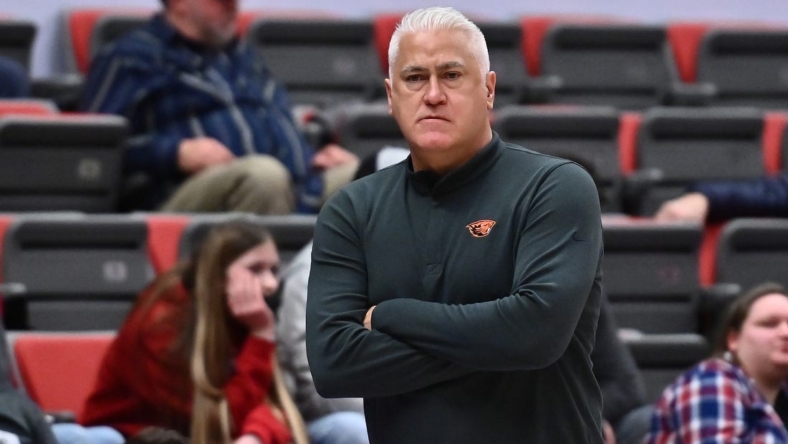 It was the season opener for each team.

Sam Griffin scored a career-high 29 points for the Golden Hurricane, who were making their debut under coach Eric Konkol. Bryant Selebangue added 15 points and nine rebounds, and Brandon Betson, a transfer from Chicago State, scored 13 points.

But the Beavers opened the second half with a 14-0 run to pull within two, making four 3-pointers in as many attempts.

Trailing 59-55 with 6:57 left, Pope was fouled on a drive to the basket by Tulsa’s Sterling Gaston-Chapman, who also drew a technical on the play. Pope made the two technical free throws and two more for the personal foul to cap an 8-0 run and tie the score.

The teams traded the lead until Akanno made two free throws with 3:01 left and Pope scored on a driving layup following a blocked shot on the defensive end to give the Beavers some breathing room.

The Golden Hurricane overcame an early seven-point deficit, taking the lead with a 15-0 run led by Griffin, who had a three-point play and a 3-pointer.