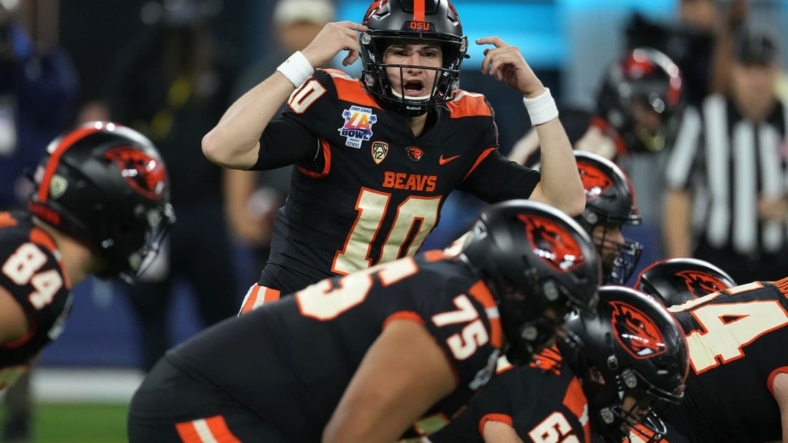 Oregon State looks to build on the homefield advantage that worked wonders last season when Boise State visits on Saturday night in the season opener for both teams at Corvallis, Ore.

The Beavers were 6-0 on their home turf in 2021 while going 7-5 overall and playing in their first bowl game since 2013. Oregon State beat Rose Bowl participant Utah and whipped Stanford by 21 points as part of the home success.

Oregon State hasn’t put together back-to-back winning seasons since 2012-13 when Mike Riley was head coach. But this season, the Beavers are shooting to shed their pushover labels.

Boise State would like to make it a disappointing start for the Beavers. The Broncos hope to be better after being a substandard (for them) 7-5 last season, their fewest wins in a full-length campaign since 1998.

Boise State was crushed 38-7 by Washington in the 2019 Las Vegas Bowl in its most recent meeting with a Pac-12 school.

“We don’t go a lot into the conference this team is in,” Avalos said of Oregon State. “We have a huge challenge in front of us, specifically the team we are playing.”

Avalos and Oregon State coach Jonathan Smith were on the same Boise State coaching staff in 2012-13. Avalos was defensive line coach and Smith was quarterbacks coach.

“It will be a real challenge,” Smith said. “I have a lot of respect for the program at Boise State. I spent two years there, and know the tradition, history and effort they play with.”

Smith named Chance Nolan as the starting quarterback on Monday. Nolan passed for 2,677 yards, 19 touchdowns and 10 interceptions in 2021. Linebacker Omar Speights (89 tackles) is the star defender.