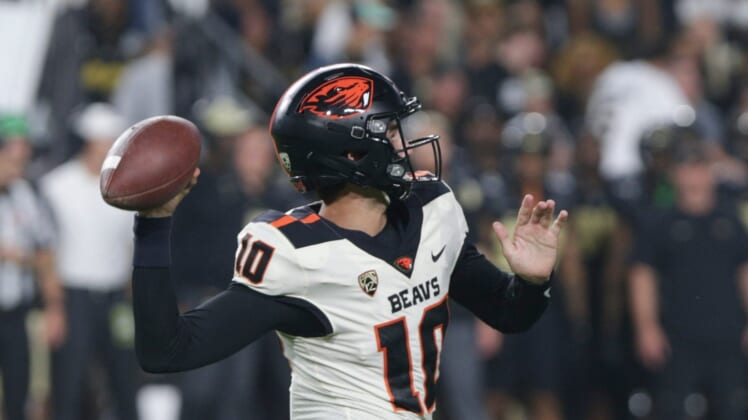 Oregon State looks to build momentum for its Pac-12 schedule when it hosts Idaho on Saturday afternoon in Corvallis, Ore.

Oregon State quarterback Chance Nolan looks to prove last Saturday’s performance was no fluke. After relieving Sam Noyer in a season-opening loss to Purdue, Nolan was 21 of 29 for 302 yards and two touchdowns against the Rainbow Warriors.

Another player to emerge was wide receiver Anthony Gould. He caught seven passes for 119 yards and his first career touchdown after entering the game with one career reception.

“We knew what he was capable of,” Nolan said. “He has a lot of speed and great route-running ability.”

Keying on Gould might not save the Vandals given the Beavers’ wide receiver depth. 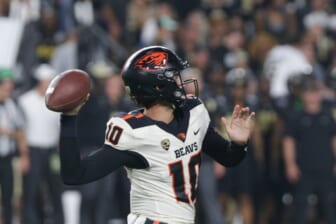 “We’ll play three on a snap, and then we can have a brand new three guys on the next snap,” Oregon State coach Jonathan Smith said. “We feel like where we’re at depth-wise at receiver, we’ve got an opportunity to throw to the open guy.”

Idaho blew out Division II Simon Fraser 68-0 in its opener but was on the other end of the stick against the Hoosiers. The Vandals are 0-5 against FBS teams since returning to the FCS Big Sky Conference in 2018.

A first-quarter turnover by quarterback Mike Beaudry quickly put the Vandals in the hole during a first half that included a blocked punt returned for a Hoosier touchdown and an 81-yard Indiana punt return score.

“Special teams was not good, not good at all,” Idaho coach Paul Petrino said. “The offense wasn’t very good, but we still have to find a way to get more first downs.”