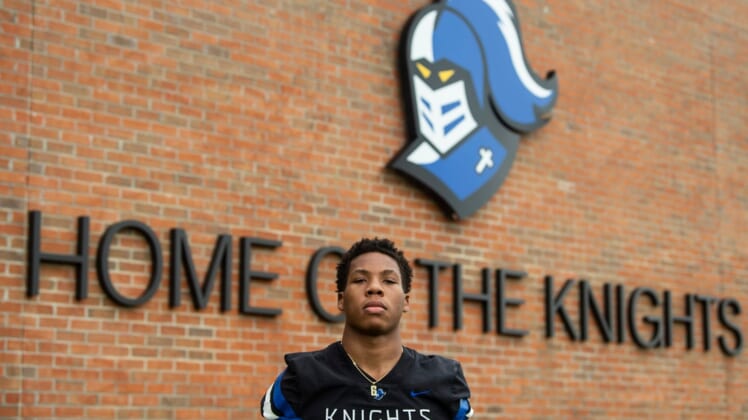 Catholic’s TJ Dudley poses for a portrait at Montgomery Catholic High School in Montgomery, Ala., on Monday, June 8, 2020.

The Oregon Ducks landed a verbal commit from coveted four-star linebacker TJ Dudley on Monday as the school continues to pick up recruiting momentum on Pac-12 rival USC.

The Montgomery, Ala., native picked the Ducks ahead of reported candidates such as Alabama, Central Florida and Texas, making the announcement live on CBS Sports’ website.

Dudley, listed as 6-foot-1, 220 pounds, is considered a top-10 prospect out of the state and reportedly marks the second high school prospect to leave his home in Alabama for Eugene. He joins four-star quarterback Tanner Bailey.