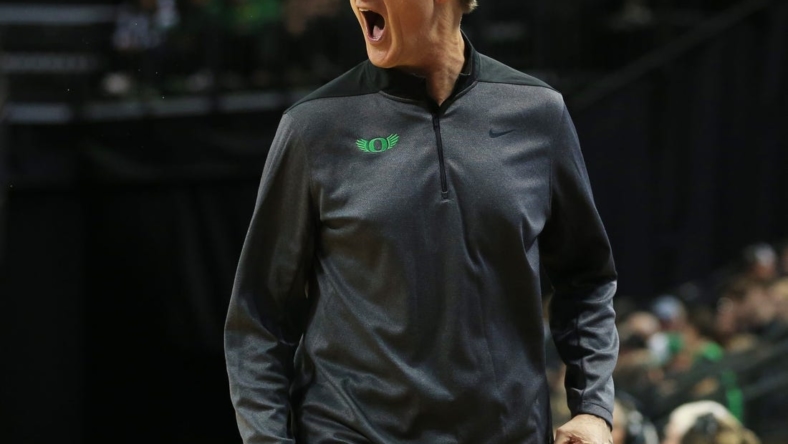 The Oregon Ducks responded to a loss in dominating fashion with an 81-51 win over Montana State Tuesday night in Eugene, Ore.

But the win could have been costly, with Ducks standout center N’Faly Dante leaving the game with a lower leg injury in the second half.

Dante, who had seven points and six rebounds when he went to the locker room, scored a combined 36 points with 19 rebounds in the season’s first two games. He’d been the only consistent offensive producer for the team thus far, and watched the final minutes of the game from the bench.

Kel’el Ware’s 16 points and seven rebounds led the Ducks, with 12 and six assists from Will Richardson.

Ware, Richardson and Keeshawn Barthelemy each scored five points in that stretch.

The Ducks took a 20-10 lead thanks to a 10-2 run in the middle of the first half. Richardson made a layup and he and Ware knocked down 3-pointers in that stretch.

Oregon’s struggles with 3-point shooting in the first half of games continued with only four makes in 14 attempts. But Montana State went 2 for 17 and had to settle for more difficult shots due to the Ducks’ defensive pressure.

Bobcats big man Jubrile Belo, the reigning Big Sky Conference MVP and defensive player of the year, was a non-factor after he picked up two quick fouls and played only 13 scoreless minutes.

Oregon took a 13-point lead with back-to-back dunks from Ware and a Nate Bittle layup. The Ducks led 34-21 with 46 seconds left in the half and had a 12-point lead at halftime.