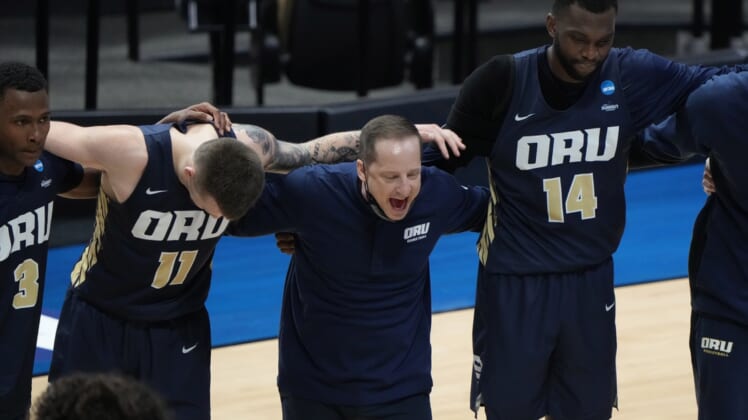 Coach Paul Mills will remain at Oral Roberts after leading the Golden Eagles to the Sweet 16 round of the NCAA Tournament.

The university announced Thursday that Mills agreed to a new contract but did not specify terms. Stadium reported it was an eight-year deal through 2029.

“I am very excited that Coach Mills has made a long term commitment to ORU,” Dr. William Wilson, the university president, said in a school statement. “His work ethic, integrity, passion, Christian witness and exceptional coaching ability will serve our University well in the years ahead. The ORU men’s basketball program is building something very special and the future is bright.”

In Mills’ fourth season in Tulsa, the Golden Eagles won three games in three days to win the Summit League championship and the conference’s berth in the NCAA Tournament. As a No. 15 seed, Oral Roberts beat No. 2 Ohio State and No. 7 Florida before falling to No. 3 Arkansas 72-70 in the Sweet 16.

They were the first NCAA Tournament wins since 1974 for the Golden Eagles. Oral Roberts finished the season with an 18-11 record.

“I look forward to continuing the work at ORU for years to come to develop champions on and off the court,” Mills said. “It’s a pleasure to work with these players each day. Let’s get to work.”