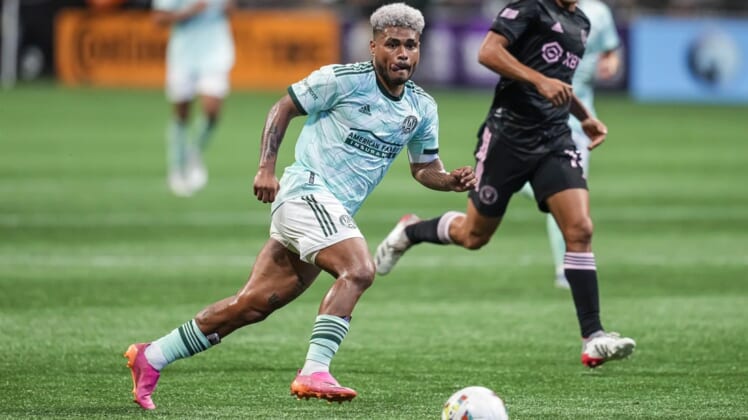 Two teams in the bottom half of the Eastern Conference standings will meet Saturday night when Toronto FC plays host to Atlanta United FC.

Atlanta United (5-5-4, 19 points) is coming off a 2-0 win over Inter Miami CF on Sunday, thanks to goals from Luiz Araujo and Josef Martinez. Now Martinez faces Toronto FC, a club he has scored four goals against.

On the season, Martinez has three goals and three assists in seven games. He returned to training in May after recovering from knee surgery, and the former Golden Boot winner finally is rounding into form.

“I feel much better,” Martinez said. “I still need to try to get my rhythm because I was out for a long time, but I’m feeling good.”

Toronto (4-8-3, 15 points) has won three of its last four games across all competitions, including a 4-0 victory over CF Montreal Wednesday to earn a spot in the Canadian Championship final. But the club lost its most recent MLS clash, 2-0, to the New York Red Bulls on Saturday.

“It’s a really poor way to start a match,” Toronto coach Bob Bradley said of the game against the Red Bulls. “The second goal is a killer. That’s disappointing.”

Toronto recently added Italian winger Lorenzo Insigne on a free transfer, but he isn’t expected to make his MLS debut until July 9. Insigne was welcomed to the team on Friday though. He scored nearly 100 goals in a 12-season career with Serie A side Napoli and he’s expected to bolster Toronto’s attack.

Until Insigne starts playing though, the squad will continue to rely on Jesus Jimenez, who is tied for fifth in the league in scoring with seven goals. He also has three assists.

Saturday’s game is the first of two regular-season meetings between Atlanta and Toronto. They’ll play again in Atlanta on Sept. 10.