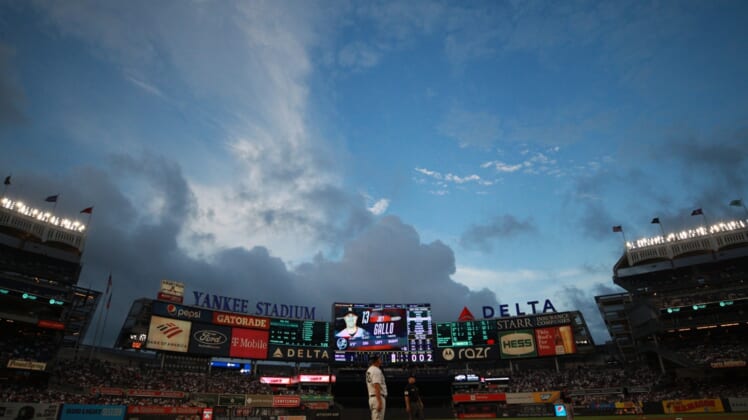 Opening Day will wait at Yankee Stadium and Target Field.

Weather prompted the New York Yankees and Minnesota Twins to push their Opening Day games back one day to Friday.

The Yankees were slated to play American League East rival Boston on Thursday. Instead, the Red Sox open in New York on Friday with a 1 p.m. ET scheduled first pitch.

The Twins postponed the Opening Day game with the Seattle Mariners due to a forecast of inclement weather in Minneapolis.

The Mariners and Twins will instead play the season-opener on Friday at 4:10 p.m. ET. The four-game season-opening series runs through Monday.