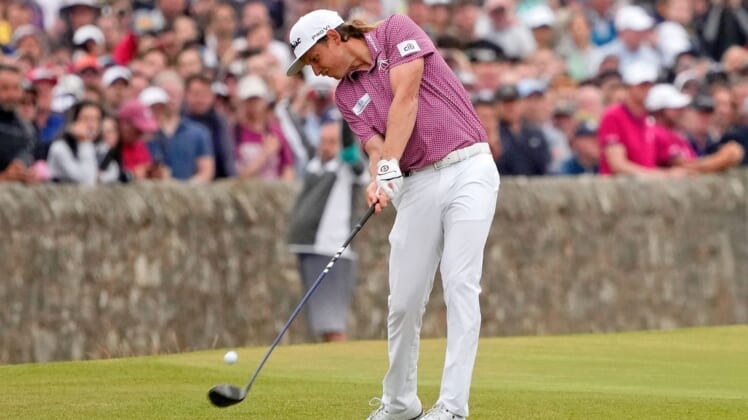 Australian Cameron Smith leapt five spots to No. 2 in the Official World Golf Ranking, a career best, as a result of winning The Open Championship on Sunday.

Smith beat out Cameron Young and Rory McIlroy to win the Claret Jug at St. Andrews in Scotland.

Coincidentally, it was McIlroy whom Smith unseated from the No. 2 spot by winning his first major title. McIlroy, the star from Northern Ireland, only dropped by one position, winding up No. 3 in the new week’s rankings.

Scottie Scheffler was in no danger of losing his hold on No. 1 after rocketing his way up the board this spring with four victories, including at the Masters. He remained No. 1 after tying for 21st at The Open.

Patrick Cantlay remained No. 4, while Spain’s Jon Rahm slipped two spots to fifth and Xander Schauffele stepped back one spot to sixth.

Smith’s previous career high in the OWGR was No. 3 earlier this year after he tied for 13th at the PGA Championship. He vaulted into the top 10 for the first time in March when he won The Players Championship, which awards 80 rankings points to its winner — the most of any event outside the four majors.

The Aussie is now the fourth different player to hold the No. 2 ranking since Scheffler first rose to No. 1 in late March. Rahm, Collin Morikawa and McIlroy also spent time in the second spot.

Young, a PGA Tour rookie still searching for his first professional win, climbed 13 spots to No. 19 in the world after finishing second in his debut at The Open. He began the calendar year ranked 134th.

Dustin Johnson was ranked No. 3 at the end of 2021 and had fallen to No. 18 entering last week, in part due to his decision to leave the PGA Tour for the LIV Golf Invitational Series. Players do not yet earn OWGR points by playing LIV events.

Johnson finished tied for sixth at The Open and earned enough points to slide up two spots to No. 16 in the world.

In similar fashion, Bryson DeChambeau — who had plummeted to No. 33 after missing most of the spring with injuries, then joining LIV — climbed four spots to No. 29 by tying for eighth at St. Andrews.