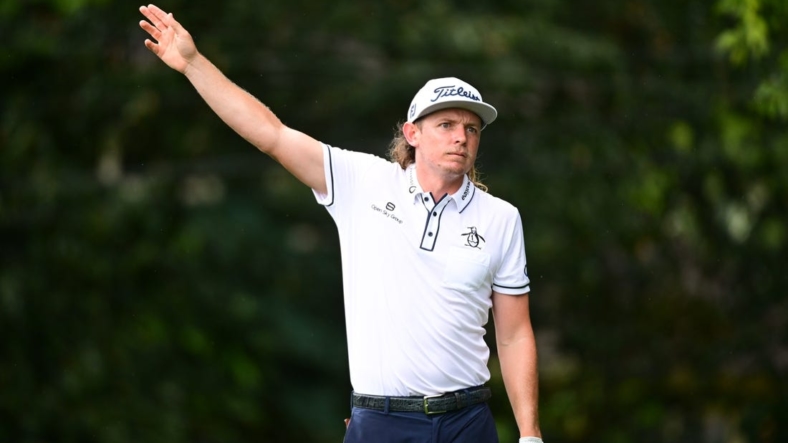 A formal decree from LIV made official one of the worst-kept secrets in golf and comes days before the series tees it up in Boston.

Smith, from Australia, told Golf Digest on Tuesday that his decision was not all about the enormous paychecks being flung about by the LIV.

“[Money] was definitely a factor in making that decision, I won’t ignore that or say that wasn’t a reason,” Smith said. “It was obviously a business decision for one and an offer I couldn’t ignore.”

Smith, Joaquin Niemann, Harold Varner III, Marc Leishman, Cameron Tringale and Anirban Lahiri of India were welcomed by the LIV ahead of the LIV Golf Invitational Boston, the fourth event in the tour’s inaugural season.

“LIV Golf is showing the world that our truly global league is attracting the world’s best players and will grow the game into the future for the next generation,” LIV CEO and commissioner Greg Norman said in a news release.

Smith, 29, was one of the biggest winners on the PGA Tour in 2022 with a $3.6 million payday at the Players Championship, $1.46 million check at the Tournament of Champions and $2.5 million upon claiming the Claret Jug. He said he plans to move back to Australia after living in the United States for seven years.

He is the highest-ranked player to flee the PGA Tour for LIV, and the World No. 2 was reportedly richly rewarded for his decision. Smith was first linked to the rival tour in June. Following his Open win at St. Andrews, media reports pegged LIV’s offer to Smith at $140 million.

Fellow Australians Leishman (No. 62) and Matt Jones, two-time winner of the Australian Open, and Smith were informed by officials in their home country that they would be permitted to play in events held Down Under. The LIV Series plans to play one of its tournaments in Australia next season.

Players committed to the LIV circuit have been suspended from Presidents Cup play.

“The biggest thing for me joining is [LIV’s] schedule is really appealing,” Smith told Golf Digest. “I’ll be able to spend more time at home in Australia and maybe have an event down there, as well. I haven’t been able to do that, and to get that part of my life back was really appealing.”