Ons Jabeur gets past Jessica Pegula to win Madrid title 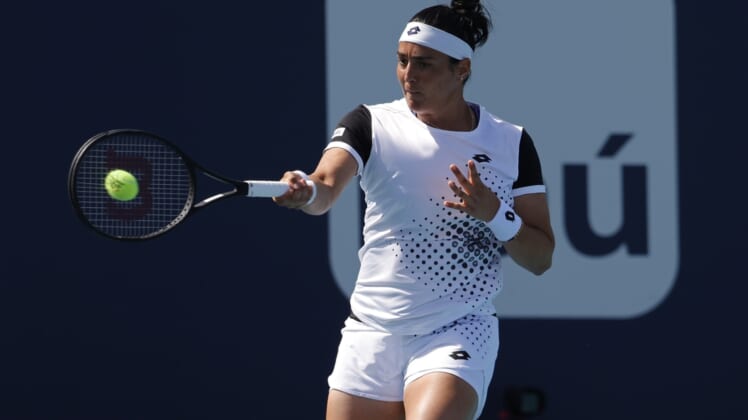 Despite not winning a point in the second set, Ons Jabeur of Tunisia rebounded to take the Madrid Open title with a 7-5, 0-6, 6-2 victory over Jessica Pegula to win her second career title.

The No. 8-seed Jabeur, who also won at Birmingham last year, also fought off a set point in the opening set to take the victory in 1 hour, 54 minutes.

Jabeur converted five of her 12 break-point chances and had five aces to just one for Pegula, who jumped out to a 4-1 lead in the first set. Jabeur rallied to tie the opening set 4-all and fought off a set point by Pegula at 5-4.

Three consecutive service breaks gave Jabeur a 2-1 lead to open the third set. She built a 5-2 advantage with another break of serve then served out to win the title.

In five career meetings between the pair, Jabeur has now won three of them, including each of the last three. Jabeur also leads the WTA with 12 clay-court match victories this season.