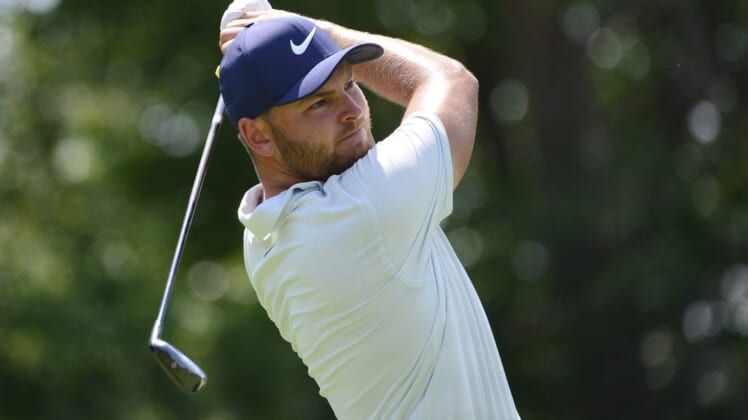 At the 17th hole of Friday’s second round at the Genesis Scottish Open, Smith made a 193-yard hole-in-one that not only earned him brand-new car but landed one for his caddie as well.

Smith dropped his tee shot onto the center of the green and the ball followed the contour of the slope, making a left turn before falling into the cup. There were hugs all around between caddies and players on the tee.

“We’ve been chatting about it during the week saying that pin over there could be a good chance for a hole-in-one,” Smith said. “Just happened today.

“Hit 6-iron and the wind was howling off the right. Anything right of the pin would catch the slope and lucky enough that it did. Even though we couldn’t see it, the crowd went nuts.”

After his ace, Smith ended up with a bogey 5 on the 18th hole, but still finished at 1-under-par 69 on the day and is at 3 under for the tournament, well inside of the cut line.

For his effort, Smith won himself a Genesis electric GV70 luxury SUV, while his caddie, Sam Matton, will receive an electric GV60 crossover.