One fatal flaw for each NBA championship contender 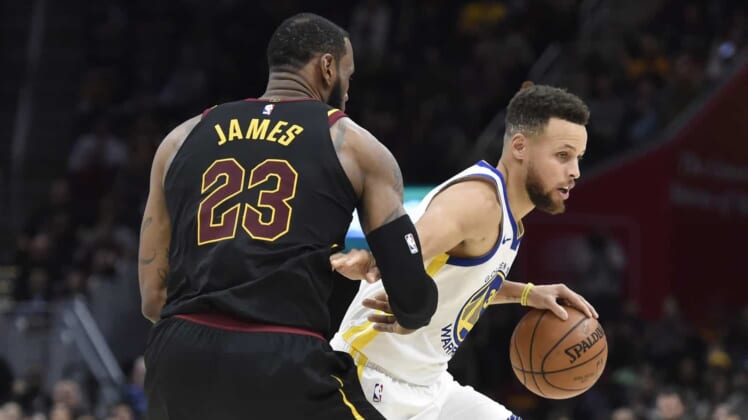 Now that the NBA regular season is coming to a conclusion, we’re still witnessing parity on a level we have not seen around the Association in some time. Some will look at Houston, Golden State, Toronto and Boston as the top contenders to win the title. That makes sense. But each of these teams have flaws. It’s not as clear cut as its been in recent seasons when he knew by Christmas that Golden State and Cleveland would tangle in the Finals.

That’s led to some major questions and flaws for even the best teams in the NBA heading into the final two-plus weeks of the regular season. Is Houston too reliant on the three-point shot?

Will injuries be the undoing in Boston and Oakland? Are the Cavaliers asking too much of one LeBron James? Here’s a look at one fatal flaw for each top NBA championship contender. 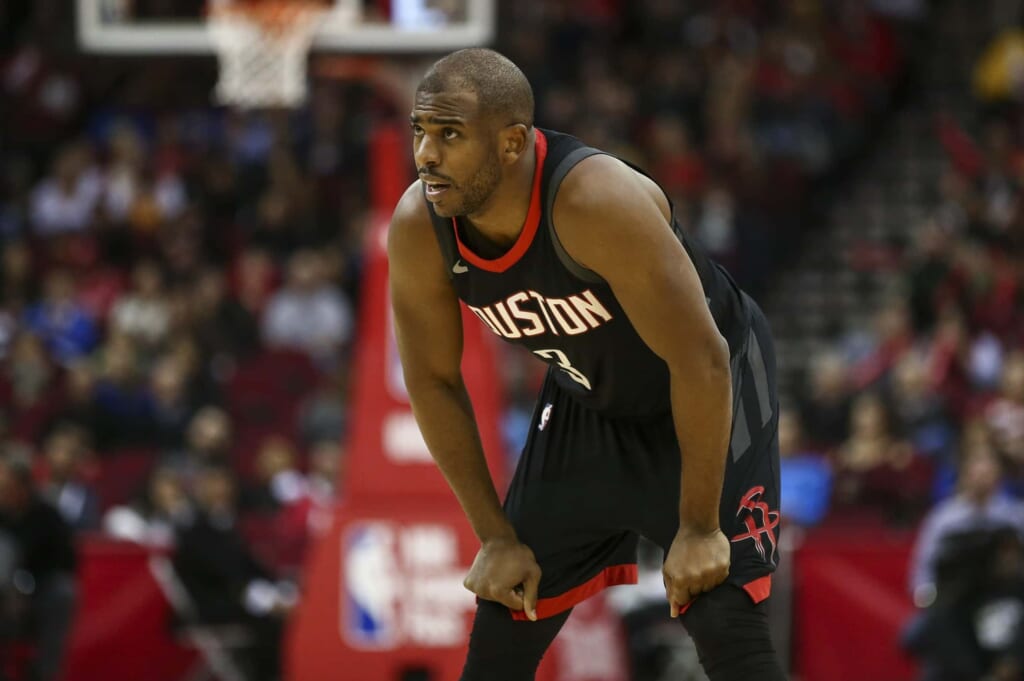 We’ve seen it throughout the modern history of the NBA. Teams that rely too much on the three-point shot tend to go cold during playoff time. And an inability to create scoring in other areas leaves said teams vulnerable to defeat. That’s true for even the most-talented squads. Remember the pre-Durant version of the Warriors back in 2016? That team won 73 regular season games. Unfortunately, it went cold during a three-game slide against Cleveland in that year’s NBA Finals, falling in seven games.

Heading into this weekend’s action, half of Houston’s shot attempts have come from beyond the three-point line. It is on pace to obliterate the NBA record for three-point attempts in a season. The team’s three-leading scorers are averaging a combined 26 three-point attempts per game. What happens if they go cold during the playoffs? Can Houston rely on James Harden’s driving ability to keep the team in front? We’re not entirely too sure.

Toronto might very well be the team to beat back east. It enters Friday’s slate with a 53-19 record and 4.5 games ahead of Boston for the top spot. It goes without saying that the Raptors have all but secured home-court advantage in the playoffs with 10 games remaining on the schedule. Boasting an NBA-best 29-6 record at home, that’s no small thing.

The issue here is that Lowry has not performed up to snuff in the playoffs as a member of the Raptors. It’s bad. Really, really bad. The All-Star averaged less than 16 points per game in last year’s postseason. In the Raptors’ previous two playoff appearances, he shot a combined 35 percent from the field. It really doesn’t matter how good the Raptors have been at home. We couldn’t care less about their improved bench. If Lowry doesn’t come to play in the playoffs, Toronto will witness yet another premature exit from the second season. It’s that simple. 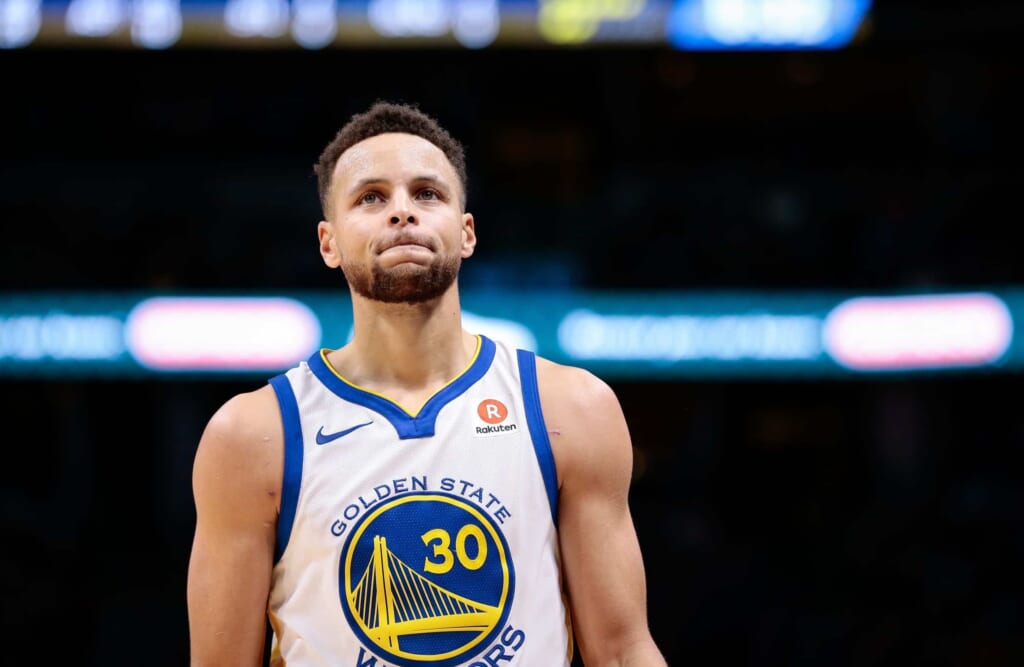 Both Stephen Curry (ankle) and Kevin Durant (rib) are nearing a return form injury. Meanwhile, Klay Thompson (fractured finger) is still at least a week away from taking to the hardwood again. In Curry’s absence, the Warriors have lost four of six games. This has pretty much guaranteed that Houston will own home-court advantage come playoff time. That’s not necessarily the end of the world for the defending champs.

With that said, Golden State needs to have all hands on deck if it hopes to earn a fourth consecutive Western Conference title. Even one of these players missing extended action during the playoffs would set the Warriors back big time. Simply put, the margin for error isn’t there like it has been in recent seasons. That’s what makes this recent litany of injuries so troubling for the Warriors.

Boston Celtics: Relying too much on youngsters

Much like Golden State, these Celtics have been dealt a pretty bad hand when it comes to injuries. The biggest among them is the knee soreness that has kept MVP candidate Kyrie Irving out each of the past four games. Irving isn’t slated to return until the start of April, which is a clear indication that Boston won’t have the honor of home-court advantage throughout the playoffs. The hope is that he’s 100 percent when the postseason itself starts.

Even with Irving back in the mix, the biggest question here is a potential reliance on two youngsters, Jayson Tatum and Jaylen Brown. The two are combining to average 27.7 points and 8.7 rebounds while attempting 21.5 shots per game. They’re the Celtics’ two leading scorers behind Irving. What happens if playoff basketball proves to be too big for the two youngsters? Does Boston have veterans that can step up and fill the scoring void? We’re not too sure. 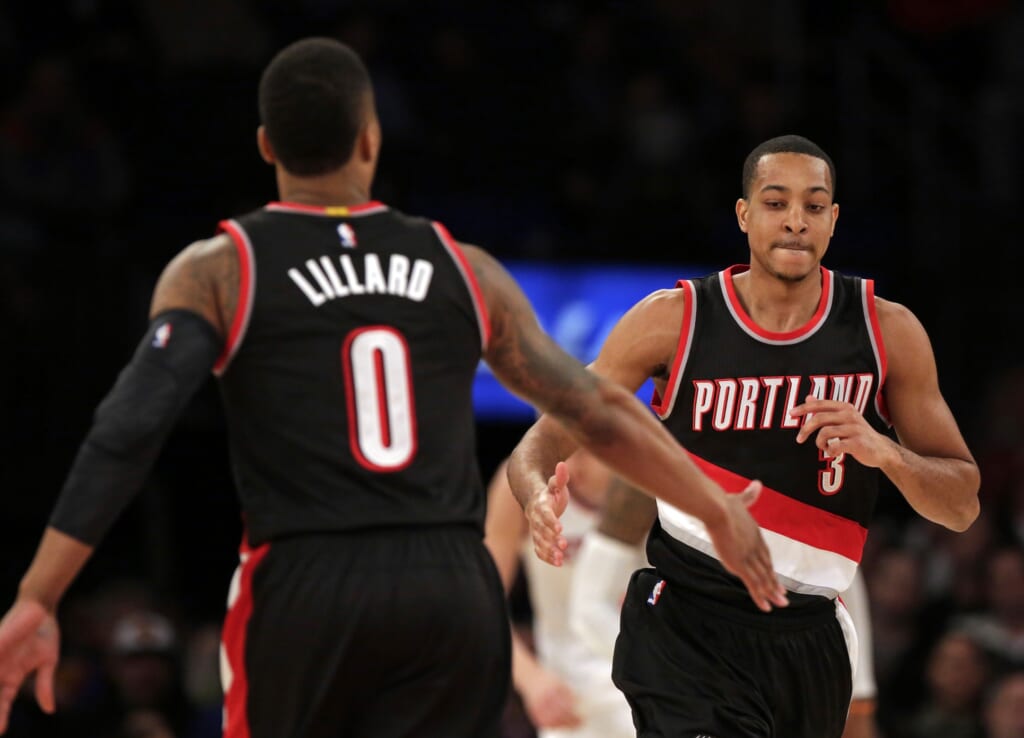 Portland heads into this weekend’s action having won 13 of 14 games and is now firmly in position to be the No. 3 seed in the Western Conference Playoffs. Damian Lillard’s otherworldly performance since the All-Star break has played a large role in this. It’s also important to note that Portland ranks in the top five of the NBA in points allowed. That’s fine. It also doesn’t mean that the team’s perimeter defense could cause some major issues come playoff time.

The Blazers still rank in th bottom seven of the the NBA in defensive rating with both Lillard and C.J. McCollum boasting negatives in the defensive plus-minus category. Going up against the likes of James Harden and Chris Paul in Houston as well as Stephen Curry and Klay Thompson in Oakland, this could be a major issue once the playoffs get going. Lillard and McCollum need to up their games on defense. They’re not simply going to be able to outscore the best teams this conference has to offer.

Cleveland Cavaliers: LeBron not being superhuman

Cleveland did well to add a completely new supporting cast for James during February’s trade deadline. It also helps that fellow All-Star Kevin Love has recently returned from a long absence. Still, these Cavaliers are going to rely a whole lot on James as they look to earn a fourth consecutive Eastern Conference title.

In games that James has dropped 30-plus points, the Cavaliers boast a 20-8 record. When he doesn’t reach that plateau, Cleveland is a pedestrian 22-21 on the season. More to the point: Cleveland is 22-6 when James dishes out 10-plus assists. That’s a whole lot to ask of someone who has played a ton of basketball in leading Cleveland to the Finals in each of the past three seasons. We’re not saying that James is on the verge of breaking down. Instead, it’s almost superhuman what he’s done recently. If that doesn’t keep up, the Cavs won’t make it deep into this year’s playoffs.

Russell Westbrook and Paul George represent one of the best duos in the league. It’s been absolutely amazing to see just how well the two have meshed in George’s first season with Oklahoma City. This should make the Thunder a dangerous team come playoff time. Though, in order for OKC to come out of the west, Carmelo Anthony has to play better against top-end competition.

In seven games against the west’s top-three teams, the Thunder are a combined minus-13 with him on the court. He’s also shooting under 40 percent from the field in those seven games with an average of 15 shots per game. That type of inefficiency will come back to haunt Oklahoma City once the playoffs start. 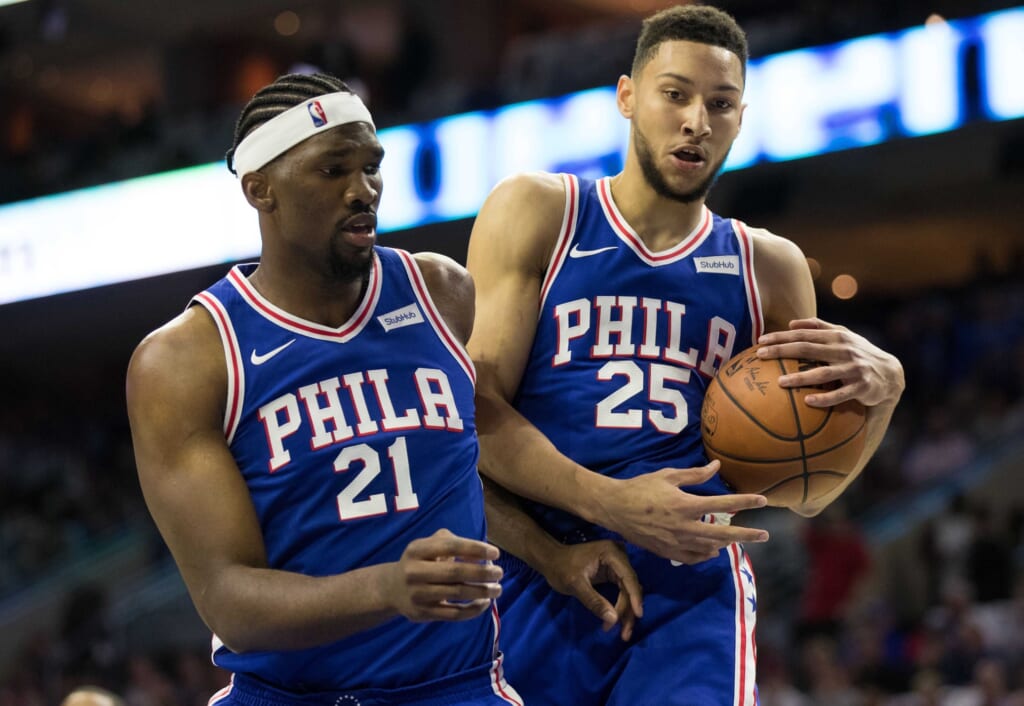 Can Philadelphia rely on center Joel Embiid to continue hitting the perimeter shot at a shockingly high rate? That’s going to be the biggest question for this up-and-coming team heading into the second season. This is only magnified by Ben Simmons’ struggles out on the perimeter during what has otherwise been a stellar rookie campaign for the former No. 1 pick.

Simmons is shooting at a 54 percent clip from the field. Though, he’s attempted a total of 10 three-point shots on the season and is shooting under 42 percent from outside of the paint. As someone who handles the the ball at an alarmingly high clip, this could come back to haunt Philadelphia in the playoffs. At the very least, Simmons needs to improve his mid-range game. That’s a necessity if Philly wants to make some noise this spring.

By now the story is well known. Leonard has played all of eight games this season after suffering a quad injury in last year’s Western Conference Finals. It’s not yet known whether he will be able to return in time for the playoffs. One teammate doesn’t think that’s a possibility while the entire team is reportedly imploring Leonard to return. The backdrop here being a perceived rift between Leonard and the Spurs’ organization over his injury.

What we do know is that San Antonio finds itself in a precarious position. With Leonard on the court, it is a legit title contender. Without him, the Spurs are going to struggle making the playoffs. They currently find themselves as the sixth seed out west, only three games ahead of Denver at No. 9 in the conference. Even if San Antonio makes the playoffs, a 14-22 road record could very well be this team’s fatal flaw.

Still without All-NBA performer Jimmy Butler, these Wolves simply don’t have enough defensive prowess to go up against the big guy out west. In the 10 games that Butler has missed, Minnesota boasts a 5-5 record and has yielded 100-plus points in each game. Heck, Minnesota is giving up an average of nearly 120 points over the past three games. That’s simply not going to cut it.

Once considered a lock for the playoffs, Minnesota is just two games ahead of Denver for one of the two final playoff spots. Defensive issues relating to both Karl-Anthony Towns and Andrew Wiggins has played a major role in this. And without the team’s best defender, that’s been taken to a whole new level. Recovering from knee surgery, Butler is hopeful to be back before the end of the regular season. Even if that does happen, can we expect Minnesota to do enough on defense to make a deep run in the playoffs?