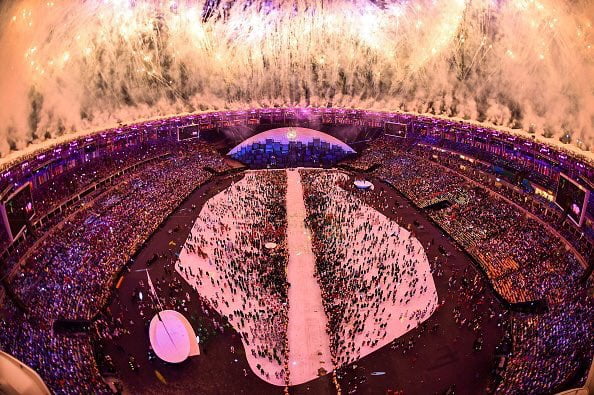 Many people watching the Olympics opening ceremony last night had the same thought about the way in which the stadium was depicted for the big event.

the Olympic stadium in rio is a vagina???? pic.twitter.com/SICbVx9SRf

This is the #olympic stadium lite up like a big red vagina #RioVirgina #OpeningCeremony #Rio2016 😆 pic.twitter.com/udVGfP3rNb

"And then the Olympians all burst forth from the Great Olympic Vagina!"#OpeningCeremony pic.twitter.com/Y4xChl4en0

Perhaps if you’ve ever been to Rio for Carnival, this doesn’t surprise you.

For the rest of us, we’re still trying to figure out what the organizers were thinking. They had to have seen it from overhead like we did before the event kicked off, right? And if so, either they didn’t see the same thing we all did or they did see it and liked what they saw.

Either way, it was a memorable way to get the 2016 Rio Olympics started.