Ole Miss rides hot first half to win over FAU 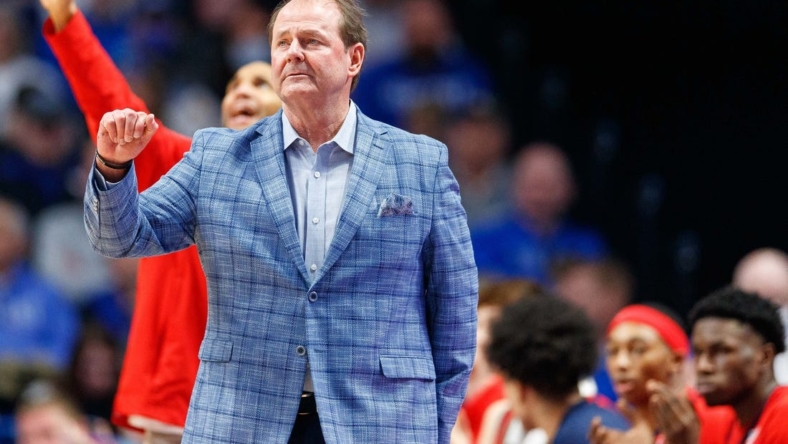 Jaemyn Brakefield scored 17 points and grabbed eight rebounds as Ole Miss used a strong first half, then held off a second-half surge by Florida Atlantic to win 80-67 on Friday night at Oxford, Miss.

Brakefield, a junior who had just three points during the Rebels’ 73-58 opening win over Alcorn State on Monday, made all six of his field-goal attempts on Friday. Matt Murrell, Josh Mballa and Robert Allen each scored 10 for Ole Miss, which shot 50.8 percent and saw 11 different players score.

Vladislav Goldin had 19 points and nine rebounds and Alijah Martin scored 14 of his 16 points in the second half for Florida Atlantic (1-1), which hit six second-half 3-pointers to make things interesting.

Ole Miss shot 53.3 percent and 5 of 10 from 3-point distance to take a 39-30 lead into halftime. Then thanks to five points from Amaree Abram and four via Brakefield, the Rebels scored 13 of the first 18 points out of the break to extend the gap.

Florida Atlantic trailed by 17 with 15:20 remaining in the game but chipped the deficit back down to nine. The Owls were within 68-62 with four minutes to play, thanks to a 10-5 spurt that featured two 3-pointers and eight points from Martin. However, Myles Burns followed with a layup and a dunk to put the Rebels back in control.

The Owls appeared to get within five with 1:39 to go, but Goldin’s basket was waved off as he grabbed the rim on the way up.

After turning the ball over on three of its first four possessions of the game and trailing 7-5, the Rebels strung together a 9-0 run, aided by dunks from Brakefield and Murrell.

The Owls scored eight of the final 10 points of the opening half to trail by nine at the break. Florida Atlantic, 1-15 against Southeastern Conference schools since the start of the 1993-94 season, shot just 2-for-10 from 3-point range through the opening 20 minutes.