Here we are. On to the second round of Sportsnaut’s Greatest NBA Championship Teams Tournament. Only eight teams remain and we are currently at the regional final, or in NCAA Tournament terms, “The Elite Eight.” 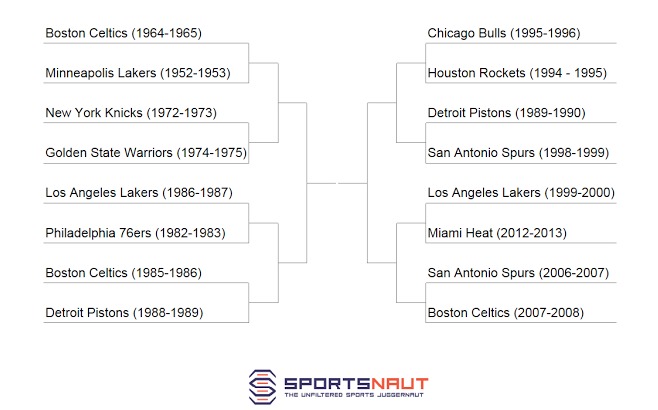 Here are the overall results of the first round of this tournment.

Make your votes count in the poll that is embedded within this article.