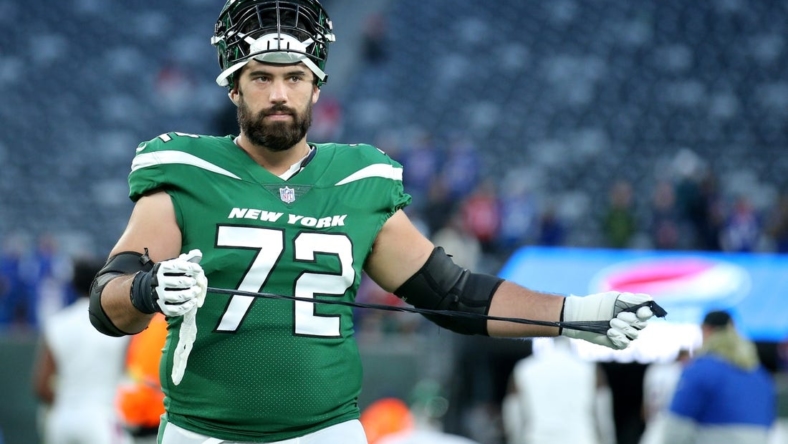 With a milestone achieved in his other career, Laurent Duvernay-Tardif could return to pro football.

Duvernay-Tardif, also a doctor, has completed his residency and is set to work out Wednesday for the New York Jets, NFL Network reported. He could be signed to the team’s practice squad.

The offensive lineman walked away from football in 2020 to work in medicine in his native Canada at the start of the COVID-19 pandemic. For his efforts, Sports Illustrated named him the Sportsperson of the Year.

Duvernay-Tardif, 31, played for the Kansas City Chiefs from 2015-19, appearing in 60 games (57 starts). He decided to return to football last fall, and the Chiefs traded him to the Jets on Nov. 2 as part of a four-team deal.

He did not sign with a team earlier this year to finish his residency at a hospital in the Montreal area.

The Jets offensive line has been plagued by injuries.

Mekhi Becton broke a kneecap in the preseason, and George Fant (knee) has been on injured reserve since a Week 3 injury.

In good news for the Jets, the team designated Max Mitchell (knee) to return from injured reserve this week and resume practice.